Jash Kalyani is an HBA ’22 candidate with a background in political science and civic engagement and a passion for equity, diversity, and inclusion. He is driven by creativity, culture, and community. He decided to transition into business to work with and influence large organizations in creating a tangible social impact. Kalyani will take any chance to boost social awareness about complex global issues and is currently working on EDI-related curriculum development for Ivey’s HBA1 students. In his blog below, he shares takeaways from Sukhinder Singh Cassidy’s recent presentation for the 2021 Richard G. Ivey Speaker Series.

In her 10-minute address as part of her Choose Possibility book launch, Sukhinder Singh Cassidy, HBA ’92, Founder and Chair of theBoardlist, used the power of hindsight from her own career path to carve a meaningful response to failure strategy for modern-day business students.

Singh Cassidy told the students, while every narrative when put together in hindsight sounds like a hero’s journey, it’s normal to feel uncertain and nervous about the future when thinking in foresight. She reiterated that any career looks better on the outside in comparison to inside out and she wasn’t sure where life was leading her when she graduated from Ivey. In her final year of the HBA program, Singh Cassidy missed the recruiting cycle while away on exchange for a semester. As a result, she ended up returning to her summer employer selling conference spaces for a small hotel, not on Bay Street or Wall Street.

Don’t be afraid to take risks

Settling for less was not typical for Singh Cassidy, who had been an overachiever throughout high school and was expecting to launch herself with an impressive career at a prestigious investment banking company. Singh Cassidy’s response to this apparent failure and uncertainty was rather straightforward, but it’s something most of us avoid proactively – she took risks.

For example, Singh Cassidy risked applying to an MBA-only job as an undergraduate student and dared to leave a voicemail message to a partner at the firm. To her surprise, she was invited to Montreal and did several rounds of interviews. Even though she did not land the job, Singh Cassidy came to believe that sooner or later, the risks she takes in her recruiting journey will eventually give rewards, even if just a near-win, as with the Montreal firm.

Eventually, Singh Cassidy landed a great job at Merrill Lynch in New York City. Fastforward 23 years, she has been a CEO, entrepreneur, and a tech leader and has worked with the usual laundry list of dream companies, including Google, Amazon, and Urban Outfitters. Singh Cassidy’s decision to share details with students on the very early stage of her career path instead of painting a decorated picture of the successes that came later, really resonated with me. It’s a reminder that a great deal of where I will be in the next 25 years is simply connected to my attitude today.

Her 10-minute talk came with some fundamental lifelong lessons on dealing with failure:

As obvious as this sounds given the name of her book, the art of choosing possibility requires people to put themselves in front of opportunities, people, companies, and networks every day and every time. The more people put themselves out there, the more likely it is they will fall into a path that fits them best. At one point, Singh Cassidy was considering law, medicine, and business. She was building every network she could and stayed back in London, Ont. to get a second take on recruiting. These actions suggest she was choosing possibilities by weighing multiple choices all at the same time with one central theme: every possibility she chooses might have a chance of working out.

Singh Cassidy did not glorify her star-studded career path. Instead, she simply suggested that wherever she went in her career from her first job on was a simple pattern of success and failure where she took risks and chose possibility every single time. Her words were music to my ears and drove home the idea that one does not need to have a grand plan for a grand career. All it takes is for you to be prepared to choose possibilities and take risks.

Security is not critical

As much as we deny it, most students are chasing some sort of job security by locking themselves into contracts and job arrangements sometimes even a year ahead. While this reduces the stress around recruiting, it is not the only way to go. Security, especially when chased at such an early stage, can limit risk-taking, reflection, and the instinct to look for and choose other possibilities.

It will all work out, I know it will

As a graduating student myself, I was pushing for return opportunities with my summer employer without realizing that this space of no job security is in fact my chance to self-reflect, put myself in front of different people, and choose possibilities.

Thanks to Singh Cassidy and the logic she shared about looking at career paths outside versus inside out, I now know my career will work out for me – as long as I keep trying. 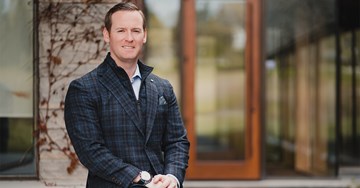 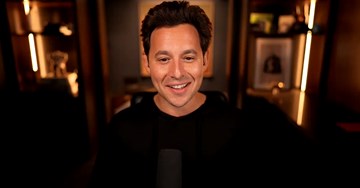 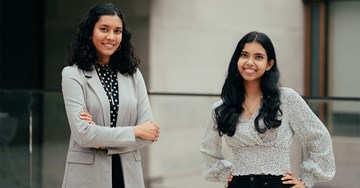