Sorena Rahi is a PhD Candidate in Business, Economics, and Public Policy at the Ivey Business School and a Research Assistant with the Ivey Energy Policy and Management Centre. He shares the key takeaways from each panel event as part of the Centre’s annual Workshop on the Economics of Policy and Markets.

The Ivey Energy Policy and Management Centre is hosting its 5th annual workshop on the Economics of Electricity Policy and Markets. The theme of this year’s workshop revolves around electrification as part of the transition to a clean energy economy.

On October 13, in the second of the workshop’s four sessions, panellists from academia, government, and industry discussed the role of utilities in grid modernization and advances in electricity system design and policymaking that incorporate distributed electricity resources (DERs). The session was hosted by Brian Rivard, Director of Research for the Ivey Energy Centre, and moderated by Katherine Sparkes, Director of Innovation, Research & Development at the IESO.

Watch the full video above.

Changing customer needs and the role of utilities

Jason Fitzsimmons, Chief Corporate Affairs and Customer Care Officer at Hydro One, argued that utilities must pay close attention to evolving customer needs and expectations in order to adapt and maintain their competitiveness. With the energy sector predicted to see more changes over the course of the next decade than in the last 100 years, he believes the sector must act now or risk becoming a barrier to electrification and decarbonization. He spoke to three trends of evolving customer expectations he called greener, faster, cheaper. First, customers are concerned about their environmental footprint and are seeking out low carbon electricity. Second, technological advancements are bringing green choices to the customer faster than before. Third, he noted that customers want more choice and access to data to make informed decisions and lower their costs. Investors also are focusing on the environmental impact of utilities as they have net zero commitments with respect to their investment portfolios. With large and small customers pursuing EVs and advancements in distributed energy resources (DERs) like solar, net metering, and battery storage, Fitzsimmons says utilities are well-positioned to play a central role in facilitating this energy transition through partnerships and innovative solutions. At the same time, he noted this change is not without its challenges, primarily unsettled policy questions about the ownership and operation of DERs and a remuneration model that constrains utilities to reactive investments. He believes the entire sector must come together to consider the broader socio-economic benefits of investing in a grid of the future to enable electrification and greater customer choice.

The future of electricity system design and management

Joshua Wong, President and CEO of Opus One Solutions, emphasized that the grid is the primary medium in the electrification of our economy, a fact that necessitates innovative approaches to the design and management of electric systems. For example, DERs can create risk and uncertainty around the grid, which must be managed to maintain system resilience and reliable performance. Moreover, we need to minimize the costs of offering grid services to maintain affordability by developing new business models and new forms of remuneration that compensate DERs. Modern grids also require tools such as analytics and system management software services that go beyond poles and wires. As a distribution system operator, utilities will play a significant role in bridging the gap between existing systems and the surge of new technologies. To achieve this end, they should be able to carry out grid modeling and analytics, operational intelligence, and be able to manage large portfolios of DERs. They also require distribution-level markets and programs that enable them to fairly compensate DERs. Wong offered insight into three real-world projects conducted by Opus One Solutions that have tackled some of these challenges. First, in a joint project accomplished in collaboration with Lakeland Power in Ontario and Kiwi Power, a UK-based company, they conducted system modeling and analytics to aggregate DERs and optimize their dispatch. Second, in partnership with the IESO, Toronto Hydro, Hydro Ottawa, and Lakeland Power, they created a system of value calculation for DERs that generated granular time and location specific price signals. Finally, in a project with Scottish and Southern Energy in the U.K., they modeled a local distribution system operator that enabled local energy flexibility and facilitated peer-to-peer trading.

Federal regulation of DERs in the United States

Eric Vandenberg, Deputy Director of the Office of Energy Policy and Innovation at the United States Federal Energy Regulatory Commission (FERC), recounted that the agency had identified issues surrounding new technologies such as energy storage and DERs back in 2014. They had realized that these technologies were facing multiple regulatory barriers in being able to participate in the market. In 2016, they issued proposed changes to market rules pertaining to regional transmission organizations and independent system operators (RTOs/ISOs) that would require the participation of storage and DER technologies. The rules regarding storage were finalized in 2018 and Order 2222[1], the ruling on DERs was finalized by the Commission in September 2020. As a next step, RTOs/ISOs have to file compliance filings proposing how they plan to implement the changes required by these rules. As of October 2021, the filings by the California and New York ISOs are pending review by the Commission, and others are due by early 2022. FERC Order 2222 provides a clear definition for DERs and requires RTOs/ISOs to amend their tariffs to allow DER aggregators to participate in their markets. The ruling also requires RTOs/ISOs, DER aggregators, and distribution utilities to establish a process for ongoing coordination to ensure a smooth flow of data and communication. Vandenberg also discussed a point of tension between Federal and State jurisdictions over DERs. State regulators are mandated to ensure the reliability and safety of their distribution systems. Therefore, even though the ruling governs how DER aggregators participate in the wholesale market, the Commission abstained from exercising jurisdiction over specific requirements on the interconnection of DERs to a distribution facility in order to allow for State and local laws to govern. He finally noted that full implementation of Order 2222 across all RTOs/ISOs will likely take several years. 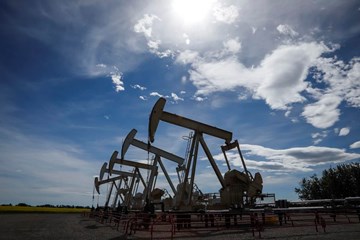 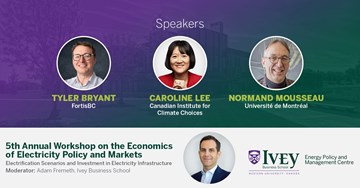 The opportunities and challenges of electrification in Canada 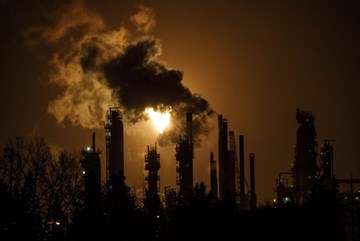