There is a South African word – “Ubuntu” – that is common across several African cultures.

It describes a spirit of interconnectedness, humanness and mutuality. Ubuntu, meaning “I am what I am because of who we are”, is also a philosophy that captures the unique experience that brought together HBA1 students with business students in partner universities in Rwanda, Kenya and Ghana for one amazing summer in 2012.

“There’s something about Africa that has always been in my heart,” said Associate Professor Nicole Haggerty, who has spearheaded the program, and whose father was born in Nairobi, the capital of Kenya. This love of the developing continent came together with Ivey Publishing’s 39 Country Initiative that makes business cases available at no charge to the least developed countries around the world (32 are in Africa) and an idea was born. That idea? Bridge the gap between free cases and how to use them by sending HBA students to African universities to demonstrate case teaching right in the classroom.

“It’s not about us telling them what to do. It’s about capacity building. It’s about sharing a teaching model that they can adapt,” Haggerty said. And, with a dearth of management talent there, the need for case teaching is huge. (Research Haggerty has read estimates about 11 million managers are needed on the continent and only 90 business schools offer an MBA.)

It’s also about a shared need: Ivey is creating future Canadian business leaders who understand more about international business environment – including Africa – while African business schools want to use business cases and are looking for innovative forms of support and collaboration.

Here’s how the concept was planned for the 18 students in the 2012 pilot Service Learning in Africa elective:

Here’s what really happened once students touched down in their respective countries:

“All teams had different challenges,” said Dan Hernden, HBA ‘13, who was part of a contingent at the National University of Rwanda in Butare, Rwanda. “We landed on May 1 and met with top administrators at the University. We were originally supposed to have about 20 students and they gave us 200 undergrads and two classes per day for credit.”

Herndon and classmates also saw first-hand the scars Rwanda still bears of the horrible genocide that took place in 1994, even in the classroom. For Hernden, it’s an experience that’s hard to describe.

“It’s in the culture and history all around you. A lot of students were the oldest members of their families and had lost parents,” he said. “Coming home and trying to explain what we experienced was hard. You were living side by side between murderers and victims. It really stretches you; there’s something personal about that.”

Meera Haji, HBA ‘13, has been to Mombasa, Kenya before as a visitor. But teaching as part of a team at Jomo Kenyatta University of Agriculture and Technology in Mombasa in Kenya gave her a chance to be totally immersed in the culture. And adapting to that culture was part of the challenge.

“Initially, it was hard to get participation in the case discussion because that’s unheard of,” said Haji. “We would hand out the cases and they would read them, but we had to push them to understand that they were this person in the case. By the end of our course, it was very rewarding to see students embrace their role in a case and to see them think critically about the decision being made.”

Haji and team also did interviews with business owners as part of a project on the informal economy they found in the streets and markets.

“These stories were really touching and informative. They made me feel part of the culture.”

Alex Jepson, HBA ’13, also taught in Mombasa, Kenya, last year and then stayed in Africa for the rest of the summer to do further research. The first thing he did when he got home was plan his return.

This year, Alex will do more research in microfinance, develop new cases, work with entrepreneurs who are making Information Technology part of their business and measure the impact of partnering with business schools.

Now in its second year, the program continues to evolve.

And most significantly, the name of the program has changed. It’s now called Ubuntu Management Education Initiative, signifying the spiritual and practical connection shared between Ivey and Africa and the students who are part of this life-changing experience. 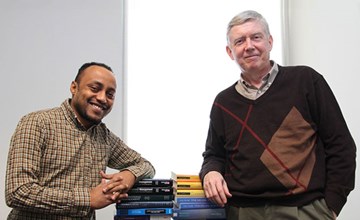 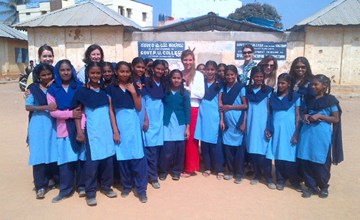 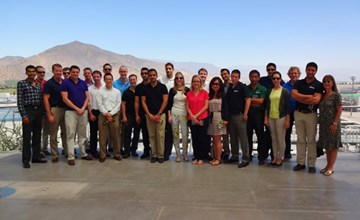