Warren Buffett may not be the typical idol for young people, but the chance to meet the famed investor was a dream come true for a group of Ivey value investing students.

“In the value investing group, he’s the biggest celebrity you can meet. People at my work were jealous that I got to meet him,” said HBA student Natalie Carswell, who works during the summer at a value investing company in Richmond Hill.

Carswell was one of 20 Ivey HBA and MBA students who travelled to Omaha, Nebraska for a visit with Buffett on January 31. Students from eight other schools in the U.S. and Brazil were also there, but Ivey was the only Canadian school invited. Ivey students are accepted for the trip on a first-come, first-served basis and Carswell was initially on a waiting list, but got lucky when a spot opened for her after someone else cancelled.

Carswell called the experience a “memorable moment”, recalling how she sat close to the front during a question-and-answer session with Buffett and later got to shake his hand during a photo opportunity. Although she had heard Buffett was down-to-earth, the meeting confirmed it and she described him as “witty and inspiring”.

“He has good family values. The same kind of values I have,” she said. “He lists his wife, children and family home as his greatest accomplishments. Even though he has gotten wealthier over time, his values haven’t changed.”

The trip included a tour of the Nebraska Furniture Mart, which is a subsidiary of Berkshire Hathaway Inc., the multinational conglomerate holding company operated by Buffett, and a two-hour question-and-answer session. It also included lunch with Buffett at his favourite restaurant, Piccolo Pete's, where he revealed his love of root beer floats.

Ivey Professor George Athanassakos, Director of The Ben Graham Centre for Value Investing, said he arranges the trip to give students a “once-in-a-lifetime opportunity”.

Carswell said it was a great complement to what she has learned in the classroom and meeting Buffett has inspired her to be a portfolio manager.

“He told us to make sure you have a job you love and work for and with people you respect,” she said. “He lives that and seeing the real life side of it, instead of just the academic side of it, inspires me.” 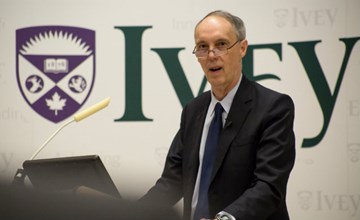 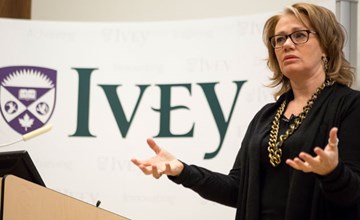 Putting candour and character to work 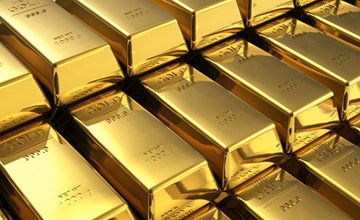