Somebody once asked Virgin Group founder Sir Richard Branson, “How do you become a millionaire?”

“It’s easy,” replied Branson. “Get a billion dollars and start an airline.”

All kidding aside, starting a new airline is certainly no easy feat, with 97 per cent of all airline start-ups doomed to fail within their first three years of operation. No one is more aware of that daunting statistic than WestJet Encore President Ferio Pugliese, yet he remained undeterred in the decision to expand into the regional market with WestJet Encore in 2011.

Pugliese spoke about the highs and lows involved in getting Encore to take off and the fundamental role that leadership played throughout that three-year process at the inaugural Leadership Case Competition held by Ivey in partnership with the University of Calgary’s Haskayne School of Business.

With respect to the inevitable challenges of setting up WestJet Encore, Pugliese described business leadership as a balancing act. “In business, we try to manage three things that are equally balanced,” explained Pugliese. “Focus on our people, focus on our customers, and focus on the business.”

“The trick for any leader is to be the translator of strategy,” said Pugliese. “We can all have the MBA talk, but our job is to translate the strategy and inspire that strategy.” Pugliese feels strongly that keeping employees involved in the plan and reminding them that their opinions matter will, in turn, aid in a focus on the customers and the business.

When it comes to building customer relationships, there’s nothing more imperative than establishing customer loyalty.

“You have to have this ultimate respect for the customer,” he noted. “Nobody has given a nickel more to your business than your customers. When we break a promise, we break a relationship. Through operational excellence, you build loyalty.”

Community investment also plays a big role in establishing customer loyalty as well as inspiring staff. Pugliese cited the example of the company’s 2013 Christmas Miracle campaign, which went viral with over 40 million views. The campaign was meant to provide some holiday fun for WestJet’s guests, but it had the additional goal of trying to invoke passion among WestJet’s employees.

For effective leaders, invoking passion in others is only half the battle. Pugliese stressed the fact that it’s equally important to lead with passion as well.

“I’m a glass half full kind of guy. My view is that when you’re faced with some of these challenges, you’re doing nobody a service as a leader by being a glass half empty kind of person. Some days you are not even glass half empty – you are empty. It’s finding a way to say ‘I can’t go out and work with my colleagues and have them feeling empty. We’ve got to get the energy up and plow through this.’”

Pugliese’s own passion is evident in his drive to continue the growth of WestJet Encore and in his determination to focus on the people who make it all possible. 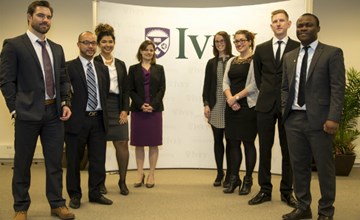 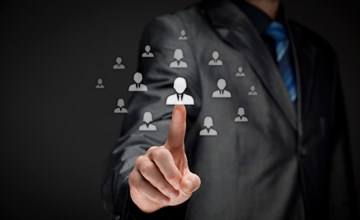 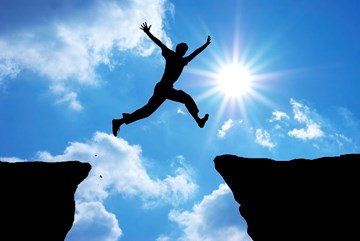