When we look back on the success and memories of an athletic event, whether it’s the Olympics, the FIFA World Cup or a local basketball game, we think of the overall experience we had – the excitement, the entertainment, the “wow” factor. But we often fail to consider the time and effort that goes into planning these events and ensuring their success.

Steve Wallace, HBA ’87, served as Vice President, Brand Activation, for the Toronto 2015 Pan Am Games and provided a behind-the-scenes look into the strategy, planning and time management that went into preparing for the event.

Prior to joining the Games, Wallace managed a broad array of major international brands, such as Nivea, Colgate and Pedigree. While working as Vice President of Marketing with COLD-FX, he landed a deal with the Vancouver 2010 Olympics as the official supplier.  “That’s when I caught the Games bug.”

After the Vancouver 2010 Olympics, Wallace spent the next year pursuing the role of VP Brand Activation for the 2015 Pan Am Games, eventually landing the position in May 2012.

Over the course of the last three years, Wallace has managed a team of 75 people: a core brand team of five, a mascot team of 15, a torch relay team of 40 and a 15-person Look of the Games team. Outside of building a brand, managing such a large team is a challenge in itself. Wallace credited Ivey for providing him with a solid foundation for effective team management and teamwork.

“The group work dynamic at Ivey exposed me to people with varying aptitudes and points of view,” remarked Wallace, “which helped me to develop my collaboration skills that I use today to build a dynamic high-performance team.”

Continuing to build on that foundation throughout his career, Wallace noted that putting on the Games has challenged his marketing creativity, decision-making skills and ability to collaborate under pressure.

“There are various stages within the Games,” explained Wallace. “We established a five-year plan, and basically every year that we were creating the brand, we were setting the message, we were engaging the community, and then we were bringing the Games to life.”

However strategic planning brings challenges. For Wallace, one of the biggest marketing challenges he and his team faced was to resist the temptation to activate too early and spend too much money when the consumers were not yet fully informed on the Games. The challenge was to remain focused on the objectives for awareness and engagement.

“There was a great deal of pressure to spend big dollars on advertising three to two years away from the Games.” Wallace referred to his time at Ivey as a useful exercise for testing his abilities to work under pressure and meet deadlines.

“In 1987, Ivey had 48-hour reports, but they were actually 36-hour reports for us since we had to drop off our hand written reports to the typist by midnight. Yes, this was before computers,” Wallace joked. “So our ability to work under pressure was really tested.”

In addition, the consumer research courses that Wallace took at Ivey helped prepare him to incorporate fact-based decision-making on the job. With regard to the Games, “Our consumer research indicated that the Toronto region would respond much later,” he added. “I kept saying that Torontonians don’t buy a ticket for the circus until they see the big top tent go up.”

“The opportunity to see my hard work come to life and to literally feel the excitement for the Games build was amazing,” said Wallace.

In terms of what’s next, his goal is to stay in sports marketing and continue to lead the brand activation charge. And with the Games coming to a close, Wallace can take pride in their success as he moves forward to build on his diverse experience. 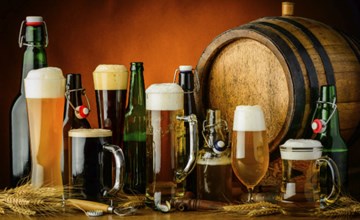 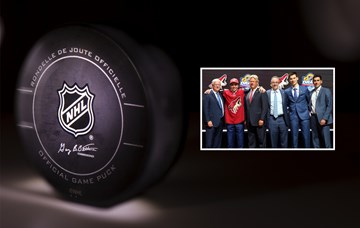 John Chayka, HBA ’14: Putting numbers to work for the NHL