When Melanie Rodriguez, HBA ’14, first volunteered at a children’s home in Peru seven years ago, she quickly realized it was her life’s true calling to advocate for children and young people across the world.

It’s no surprise that when Young Diplomats of Canada — a non-profit organization that promotes the leadership of young Canadians through international delegations, research, and advocacy initiatives — started recruiting delegates for the Y7 Summit in Paris, France, Rodriguez welcomed the opportunity to be a voice for Canadian youth.

The Y7 Summit, hosted by a non-profit organization called the Open Diplomacy Institute, is the premier opportunity for young people to influence global policymakers and the G7 Summit. Delegates from the G7 countries, the European Union, and the African Union spend a week researching, negotiating, and preparing a call to action with recommendations that they present to the G7 Heads of State and Government.

This year’s Y7 Summit, which was held from June 9-14, focused on paving the way for a fair future and brought together 40 delegates from across the globe to discuss critical issues, including:

An experience of a lifetime

For Rodriguez, participating in the Y7 Summit was an experience of a lifetime.

“Canadians are so privileged to have a government who is willing to meet with us, to hear our recommendations, and to really act on them,” said Rodriguez. “Not only are we advocating for what we need, but we’re also advocating for those who don’t have the opportunity to voice their own opinions.”

Rodriguez was inspired by the other delegates, who all bring diverse experiences to the table. She was happy to see that despite their different political views, equitable opportunities such as education, technology, and career advancement were nonpartisan issues among her group.

“We all came to a very clear consensus of what we believe everyone should have access to, regardless of our political views,” said Rodriguez. “It was nice to see that we can really make societal improvements without having to be aligned to one specific political party.”

When it came time for Rodriguez to apply for the Young Diplomats of Canada delegation, she knew the Head Delegate role would be the right fit for her skill set. She credits her time at Ivey to building strong negotiation and communications skills needed for her role as the Head Delegate.

“As the Head Delegate, I was responsible for organizing meetings and other tasks for the delegates,” said Rodriguez. “My HBA experience at Ivey was a huge help in preparing me for this specific role. Ivey’s curriculum is based on fostering leadership and teaching students how to manage a team so that everyone can succeed. And that’s exactly what I was able to contribute to my team at the Y7 Summit.”

Since graduating Ivey’s HBA Program, Rodriguez has focused her career on nonprofit management and advocacy. She has experience in commercial banking and various nonprofit roles, with her most current role being the Communications and Network Engagement Manager at the Ontario Nonprofit Network, a network representing 58,000 nonprofits in Ontario.

In addition to her career and philanthropic contributions, Rodriguez continues to volunteer with the children’s home in Peru that initially sparked her passion for advocacy. While she hasn’t been able to make the trip to Peru since having her son in 2018, she still finds time to support the home through fundraising efforts.

“I want to continue advocating for charities, and children who are abroad and who don't have access to the same networks, whether it be fundraising networks or just having their voices heard,” said Rodriguez. “I want to make sure that we can help every child as much as possible get access to all of the key building blocks to a successful, healthy, and happy life.”

What’s next for the Canadian delegates?

Now that the Y7 Summit recommendations are ready to be presented at the G7 Summit from August 24-26, Rodriguez and the other Canadian delegates will be meeting with political leaders in Canada to advocate for changes on a national level. They will also educate youth on how they can get involved.

“Our change is so limited if we’re just focusing on ourselves. If we can help other people be able to participate in advocacy work or to volunteer, then our impact is going to be so much greater.” 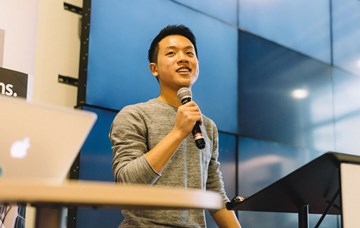 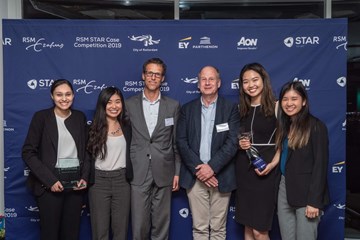 Learning to take care of the planet, one case at a time