Ivey is proud to welcome six faculty members and one full-time appointment to campus! To help you get to know our new faculty, we asked each of them a list of questions about their academic – and personal – interests.

Krista graduated from the Ivey MBA Program in 2004 and completed a PhD in General Management and Strategy at Ivey in 2016. Since then, she has been a postdoctoral research associate at the University of Liverpool. Her research centres on strategic change and renewal, occupations and professions, strategy-as-practice, and materiality.

During her PhD studies at Ivey, Krista was a lecturer and teaching assistant.

The prevailing view is that occupational members such as engineers, computer programmers, doctors, academics and journalists disrupt strategic change as they resist changes to their established ways of working. The most important insight for business executives is to recognize that characterizing these occupational members solely as disruptors is not only inaccurate, but also runs the risk of overlooking a powerful enabler of change in organizations.

I grew up on an acreage about 45 minutes outside of Edmonton until I was 14, before we moved into a town just east of Edmonton. On the acreage, we spent a lot of time outdoors – I even had a favorite tree I would spend hours reading perched in the branches. My dad also turned our back garden into a skating rink in the winter, and the neighborhood kids would come over and we would all play hockey. To this day, I’m a horrible skater but I doubt I ever would have persevered as much as I did if it wasn’t for wanting to play with everyone else on that rink.

My strongest and earliest influence was my dad, who always made time to listen to my million questions and answer them. I don’t remember him ever telling me to be quiet, so I attribute my sense of curiosity to him. Now that I have kids, I appreciate how hard this must have been sometimes – after a long day at work, giving them my full attention can be tough. My dad also had an uncanny ability to make me laugh even when I was determined to be angry or upset. To this day, I find I can move on quickly even if things don’t work out the way I’d hoped.

I was at a crossroads in my prior career as I needed another challenge, but moving up in the organization did not interest me. I talked to many people in more senior level positions across different industries, but nothing was the right fit. Around this same time, I met my future husband who happened to be an academic. I’d never considered academia as a career path, but I also didn’t really understand what an academic career was. After talking to a few former professors, I decided to return and do my PhD. I wasn’t sure at the time where it would lead, but I feel privileged to have found a job that gives me the freedom to research topics I find engaging and then bring these ideas into the classroom.

Before having children, I did quite a bit of travelling. Truthfully, my time right now is spent running after my five-year-old daughter and 22-month-old son! We just moved back to Canada after spending three years in Liverpool. One great thing about living in the U.K. was the cheap airfares to Europe. Luckily, we were able to travel to quite a few new places before moving back. It’s rather amusing to hear my daughter tell strangers we have “flats” in Berlin, Amsterdam, and a villa in Tuscany. I’m excited to be back in Canada and get back to doing some of my other favorite things like camping and canoe tripping.

When I was 17, I lived in South Africa for a year as a Rotary Exchange Student. I lived in a small town on the edge of the Kalahari desert called Vryburg, which was a predominantly Afrikaans-speaking town at the time. It was also during Apartheid, so a pretty eye opening experience for someone who had never travelled outside North America. In hindsight, I would say this was my first foray into field research as I spent most of the first six months trying to figure out what was going on through observing people since I couldn’t understand much of what was being said!

By far, Shotgun by George Ezra. He is the latest craze in the U.K. right now, and if you haven’t heard him, I recommend you do – his voice is amazing and a total mismatch from what you’d expect when you see a picture of him. My daughter came home from school singing, “I’ll be riding shotgun underneath the hot sun, don’t you want to be one.” When I took her to a birthday party, it was the song that got all the four- and five-year-olds up and bouncing. Her lyrics were a bit off, but the song is addictive and a perfect song for a Canadian summer, which is ironic given that the songwriter is British and I think we only saw the sun one or two times our first summer there. Every time we walk somewhere, she asks me to play it on YouTube so she can sing along.

A Long Walk to Freedom by Nelson Mandela. I’ve been recommending this book for years. It came out many years after I’d already left South Africa, and I remember rushing to the store to buy a copy when it was released in Canada. During my time in South Africa, I watched Mandela’s release from prison on TV along with I’m sure most of the country. It was pretty surreal as a friend hosted a BBQ and had a bunch of people over – the release was delayed for hours, but I vividly remember the TV screen with just this camera focused on the gate and nothing else happening except for people eating, drinking, and all of us wandering inside to check on the TV.

Before, and even after the book, it is impossible to imagine or conceive what Nelson Mandela endured to arrive at that day. The book is a small peak inside, and the tone is one of gentle strength and forgiveness, which is unbelievable given his life story. I can’t count how many times I’ve read it, and I take something different away each time. 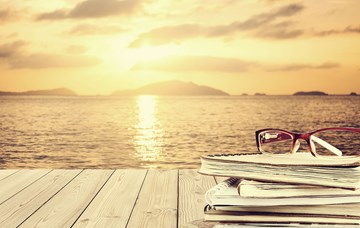