While concerns over the coronavirus pandemic necessitated the cancellation of events at Ivey, it didn’t prevent HBA students Maya Chambers and Francis Coulombe from being recognized for their creativity and understanding of the energy sector.

Chambers and Coulombe earned first and second place respectively in the inaugural Energyphile story competition presented by the Ivey Energy Policy and Management Centre in partnership with Peter Tertzakian, Executive Director of ARC Energy Research Institute. Tertzakian curates the content on Energyphile, a website dedicated to a research-based exploration of energy throughout human history where a multitude of energy stories can be found.

Tertzakian was also due to present the awards at a recent Energy Centre event, but had to do so remotely.

“I was delighted with the number of contest submissions and great quality of the writing,” he said. “It was a difficult task for the judges to choose the winners, but the two finalists handily earned the top two spots. It was a real pleasure to share the news with Maya and Francis directly through video conference. Thanks to all who participated! Hopefully we can do the competition again next year.”

Ivey students submitted short stories that provoked the reader to consider Canada’s energy sector – past, present and future – in a creative, non-fiction format. The motivation for the story was a postcard dated August 1916 and sent to a person named Ida, who lived in Gladys, Alberta, a small town near the birthplace of the province’s oil industry. Students were challenged to weave the era, characters and postcard into the story, and then create a modern equivalent built around a current energy source.

Not an easy task.

But Chambers and Coulombe successfully crafted exceptionally creative stories, concluding with energy-related lessons or thought-provoking ideas for the reader. 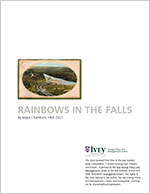 Chambers, HBA1, recalls many discussions about the oil industry at her family’s home in Calgary. With multiple opinions about the industry frequently a topic of discussion, Chambers was always encouraged to debate energy issues, but in a respectful manner.

Researching and creating the story based on an old postcard showed Chambers how complex the energy sector is in Canada and globally.

“My favourite inspiration was that (the postcard) was addressed to a woman. Many historical narratives are centred around white men, which of course makes sense because those are the people who in history were given the opportunities to shape the world,” Chambers said. “Part of the theme of my story, however, involved bringing the 'neutral' player into context, and bringing to light how even those who aren't central actors play an important role in a commoditized industry.”

A female figure enabled Chambers to bring to light the many characters that shaped, and were shaped by, by the energy sector.

Overall, Chambers said writing the story was an amazing experience.

“As someone not currently involved in the energy industry, it was special to bring my opinion to the forefront and provide an outsider’s perspective. Energy touches everything and has a huge influence on our national economy, as well as the social world we inhabit.”

Growing up in a farming community in Navan, Ontario, south of Ottawa, fossil fuels have always been part of Francis Coulombe’s agricultural experience.

And while the HBA1 student has his sights set on agribusiness, the essay competition showed him much about the early days of the energy sector, including gas-powered automobiles and their inherent dangers, and the politics surrounding the introduction of hydroelectric dams.

“The competition showed me the different perspectives and attitudes that people have toward the energy sector.” 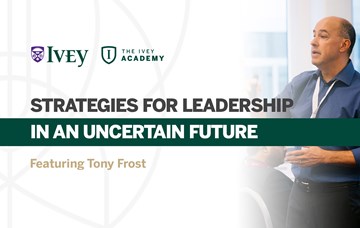 Ivey professor encourages businesses to keep an eye on the future 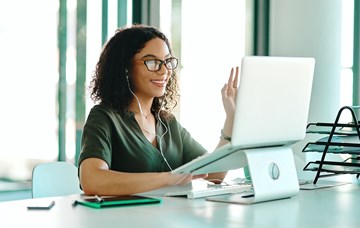 Advice for teaching in a virtual classroom 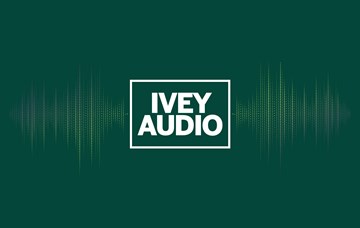