The Canadian government is faced with an energy policy conflict and there is no national consensus on how it should be resolved.

This was the message from Dennis McConaghy, former Executive Vice-President of Corporate Development, TC Energy and an Executive Fellow with the Ivey Energy Policy and Management Centre. McConaghy recently spoke to Ivey students and faculty at a seminar hosted by the Centre.

Under the Paris Agreement, Canada has committed to reducing its greenhouse gas (GHG) emissions by 2030 to 30 per cent below 2005 levels. However, recent projections by Environment and Climate Change Canada (ECCC) indicate the country is falling short of its target. Accounting for the actions taken by governments, consumers, and businesses to date, ECCC projects Canada’s emissions to be 673  megatonnes of carbon dioxide equivalent (Mt CO2 eq) by 2030, well above the target level of 511 Mt CO2 eq. Incorporating additional policies and measures – currently under development, but not fully implemented – reduces Canada’s projected emission to 588 Mt CO2 eq, which is still 15 per cent above the target level.

“A fundamental change of energy systems is needed for Canada to achieve the Paris Agreement target,”  he said.

At the same time, the Canadian Energy Regulator is projecting Canadian crude oil production to grow by nearly 50 per cent, to around seven million barrels per day.  Additionally, natural gas production is expected to increase by more than 30 per cent, to over 20 billion cubic feet per day by 2040. These projections are based on some assumptions:

McConaghy said the federal government has shown an intention to abide by the three major pipeline project timelines. It has also expressed support for the construction of the Kitimat LNG project, which will see a pipeline carrying natural gas from Dawson Creek in northeastern B.C. to a new processing plant in Kitimat where it will be liquefied for export to China and other countries. He also said the government’s position on these projects reflects a recognition of the importance of the energy sector to the Canadian and provincial economies.

The U.S. Energy Information Agency forecast that world energy consumption will rise nearly 50 per cent between 2018 and 2050. Almost all of the increases will come from non-member countries of the Organization for Economic Co-operation and Development, including China and India. Petroleum and other liquids, natural gas, and coal will continue to be the primary energy sources to meet most of this demand, although renewable energy is the world’s fastest-growing energy source.

The increasing world demand for energy has implications for ability to achieve the targets established under the Paris Agreement. These include keeping the increase in global average temperature to below 2 C above pre-industrial levels, and to pursue efforts to limit the increase to 1.5 C by the end of the century.  McConaghy shared a graph produced by Climate Action Tracker that illustrated projected emissions and warming trends based on pledges and polices currently in place around the world. Even if participating countries were to meet their pledges and Paris Agreement emission targets, the Climate Action Tracker projects the planet will warm by 2.8 to 3.2 C above pre-industrial levels. GHG emissions would need to be reduced rapidly in the next decade and brought to zero around mid-century to limit the increase to 1.5 C by 2100.

McConaghy said the federal government would need to set a carbon price of $100 per tonne just to get close to meeting its GHG emission targets.

“But if the rest of the world is not prepared to place a similar price on carbon, Canada would be at a huge economic disadvantage and suffer substantial economic loss,” he said. “Developed democracies around the world have yet to demonstrate a willingness to accept the social disruption that would accompany the implementation of such a carbon pricing policy.”

When developing future energy policies, McConaghy said the federal government must address one key question: “How much economic benefit should Canada be prepared to sacrifice to limit its emissions, if other countries are not prepared to do the same?”

He said the energy-related policies the government puts in place in its upcoming budget should shed some light on how it intends to manage the current policy conflict. 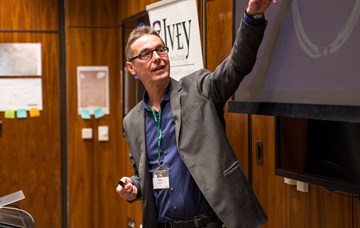 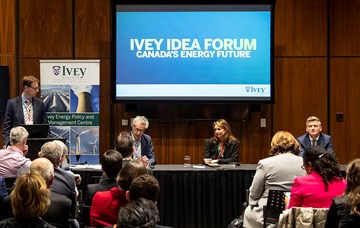 What is Canada’s energy future? 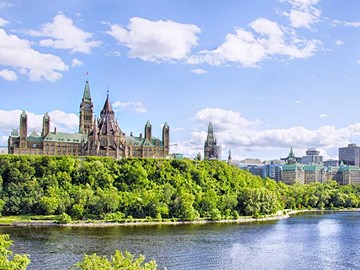