The incoming cohort of female MBA students is getting an early welcome and introduction to the program thanks to a new initiative from the current class.

It’s all part of an initiative called Pass the Glass. Pass the Glass is traditionally an event in March when the current and incoming female cohorts get together for a networking reception where the new students can ask questions. But Kailey Howell-Spooner and Biegbana Jaja, the MBA Senators who are organizing Pass the Glass this year, felt that wasn’t enough. They’re expanding it so that the outreach begins now in hope that the incoming cohort will feel better prepared by the time the program starts.

“We felt there was an opportunity to extend the event and have us reach out earlier,” said Howell-Spooner. “A lot of women have been accepted into the program already at this point. We know it’s a tough time. You're quitting your job and relocating to London. You're trying to decide, Do I take electives? What do I want from my career? What are my goals? You have a lot of excitement, but also a lot of questions heading into the program.”

Jaja said, when she thinks back to this time last year, she would have benefited from having such conversations with a current MBA student.

Setting up women for success in the MBA program

“If we have these conversations early on, we set people up for success because I think the work starts now – before you come into the program – and there's only so much catching up you can do,” she said. “It's about inspiring confidence and excitement for the program and walking alongside them ahead of the Pass the Glass event in March itself.”

The MBA Admissions team has already sent emails to the incoming women to introduce them to their partner MBA students, and next the current students will reach out to their partners to start the conversations. Jaja said they are relying on the current students to lead these conversations because they have a better sense of what the incoming students need to know. She said she hopes the initiative will be particularly helpful for international students.

The initiative will close with the traditional event in March, either in person or virtual, where the group can celebrate the accomplishments of the women who are entering the program and cheer them on. Howell-Spooner said she hopes the women of the MBA Class of 2022 will have found the initiative helpful enough to continue it themselves next year. She said it’s important to recognize the sacrifices women make to enter the program and to support them along the way.

“The MBA class is mostly men and it can be a tough environment for women to feel that they're breaking that glass ceiling and they're breaking into new territory. So anything that we can do to make it more balanced and equitable is really our goal. It's a small step, but everything helps,” she said. “As we read the news, we know we need more women leading firms and we need to recognize their sacrifices and accomplishments. These women have come so far to get into the school. We want to honour what they've done and make this the best year that they can have.” 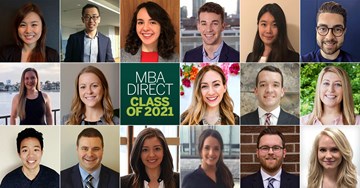 Welcome to the MBA Direct Class of 2021 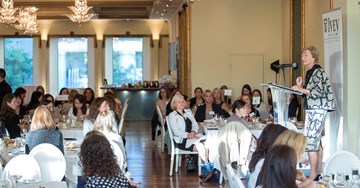 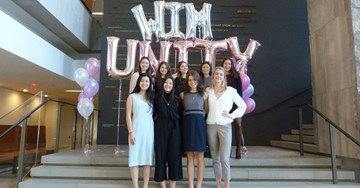