While the second wave of the COVID-19 pandemic is making for a rough start to the year, the former Governor for the Bank of Canada and Western alumnus, Stephen S. Poloz (MA ’79, PhD ’82), remains optimistic for a better 2021.

Now serving as Advisory Council Chair at the Ivey Business School’s Lawrence National Centre for Policy and Management, Poloz believes the economy will experience a double-dip. But in the foreseeable future, as we exit the second wave, the recovery should form a “K” with the economy split into two tracks. While the majority of the economy should recover well, sectors such as travel-related industries, restaurants, in-person retail, and the oil sector will face struggles and stresses.

“Some of these effects could end up being permanent, and the bottom part of the K could persist quite a while,” said Poloz.

In spite of the outlook for some hard hit industries, Poloz was quick to point out that Canada’s GDP performance is nearly  back to where it was last February, sees strength in recent job numbers, and overall retail data from November is trending ahead of January of last year.

Focus on growth, not debt

In order to soften the impact of COVID-19, federal government spending doubled last year, something not seen since war time. While concerns over managing the debt burden continue to mount, Poloz likened Canada’s current federal debt levels to the post-Second World War era.

“Basically we grew out of it. We never really paid it back per se. What happened is the economy got way bigger, so it didn’t matter in terms of the stock of debt anymore,” he said.

As Canada recovers, Poloz emphasized the need to focus on growing the Canadian economy.

“The main thing is for us to focus on boosting growth. We’ve had lots of opportunities to do that in the past and we really haven’t done them because they seem politically difficult to do,” he said. “I’m hopeful that, in this context that we find ourselves, we can have more federal and provincial collaboration that allows us to do some things that will boost growth forever.”

While Canada is globally revered for macro-economic stability, strong financial systems, and institutions, emerging from the pandemic will require unlocking the country’s national competitive advantages. The primary areas of focus for the former Bank of Canada Governor revolve around making strategic investments in all facets of infrastructure. This stems beyond just classic physical infrastructure of roads and ports, but also digital, trade, and social infrastructure, too.

Poloz highlighted a number of policy wins aimed at spurring recovery and growth. On the trade infrastructure front, interprovincial trade barriers are serious impediments that need to be eliminated.

"We can’t even achieve free trade between provinces. We think that would be worth over $100 billion of free income every single year,” he said. “My goodness, why can’t we do these things.”

The former Bank of Canada Governor notes Canada has not only been trailing behind in the development of a digital infrastructure connectivity, but also its use.

“We need to be encouraging the development of applications, and then, of course, on the end user side, the adoption of digitization,” he said.

Additionally, he noted there are opportunities to incorporate smart technology in public infrastructure in areas such as street lighting and water treatment.

From a social infrastructure perspective, Poloz is a strong proponent for a national universal daycare program. Modelled after Quebec’s provincial system, Poloz believes a national program could pay for itself in the long run.

“What Quebec did for the daycare system is replicable across Canada, with the right collaboration, federally and provincially,” said Poloz. “And that is a key reason why Quebec has the best fiscal situation across all the provinces because of higher labour force participation.”

Role of the Lawrence National Centre

As Canada attempts to weather COVID-19’s second wave, and prepares to bid adieu to a less than conventional American president, Ivey’s Lawrence National Centre will be extensively researching ways to unlock Canada’s competitive advantage. Poloz is confident the Centre is well-positioned to guide the conversation and direction of Canada’s future recovery in 2021 and beyond.

“We’d like to see ourselves as a focal point for that conversation, whether it’s with business leaders, or with the policy-makers. And of course bringing together the academic heft of our alumni network is a pretty powerful place to be,” he said. 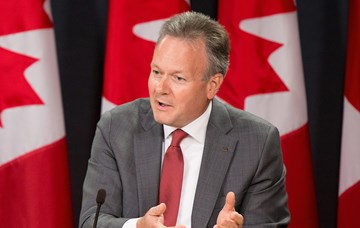 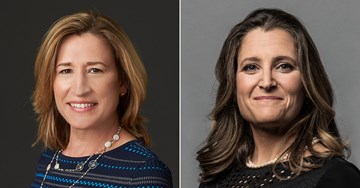 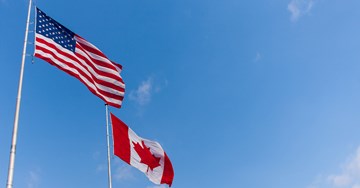 Charting a path for Canada in a post-Trump global economy