Sabbouh went through Ivey’s HBA program six years ago. And while it was rewarding and gave him the skills for a successful career as an investment banker, he regrets that amidst the busyness, he didn’t get to know his classmates as well as he would have liked. So when he returned to Ivey in November 2019 as part of the first cohort of students in the new Accelerated MBA for Business Graduates program, he vowed to tap into the substantial knowledge of his peers and build a network.

“I did a 180 [degree turn] compared to my HBA. I wanted to do it differently this time and get to know the people. The HBA was more competitive. You were focused on hitting the books and getting the grades. But with the AMBA, it wasn’t about your grades or getting a job, it was about building a network. Everyone had a job so they were more willing to share and participate,” he said. “The people were by far the highlight for me. I was very people-focused and it allowed me to realize the depth and the scope of the talents of some of the individuals in the class.”

By getting to know his classmates, Sabbouh found he had support when he needed it most. He was previously an investment banking associate at GMP Securities, but the company was acquired by Stifel Financial while he was doing the AMBA. He had a busy schedule in his new position as Vice President of investment banking for Stifel Financial and found it tough to juggle school and work. Fortunately, he could lean on his classmates during that time.

Shared life experiences are known to bring people together, especially if they’re difficult. So when the COVID-19 pandemic hit just a few months into the program, the students bonded more than ever in the virtual environment. Although they missed the in-person interactions, they made an extra effort to support each other through challenging times and found comfort in knowing they weren’t alone.

Despite the unexpected hurdles, Sabbouh said doing the AMBA paid off in many ways. He was able to get his MBA while he worked and make some close friends. Sabbouh said he is still in touch with a lot of the people from the program.

“I think I lucked out because of my classmates. The program was educational, but the people were the highlight,” he said. “The biggest factor in my story is that the people and the networking are most important. It’s not all about getting the grades. It’s all about the people. And if you don’t take advantage of that, then it’s a waste of your time.” 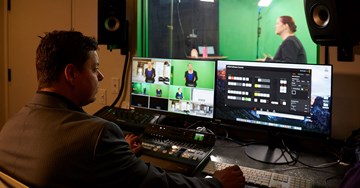 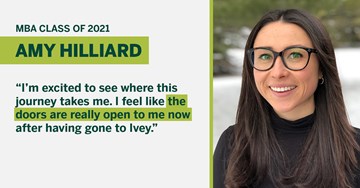 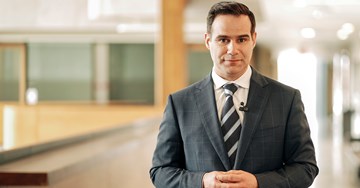 Hiring Ivey graduates is just one way the world-wide Ivey Alumni network can support our newest alumni during this time.

Have a job to post or want to learn more? Please visit Career Management or contact our Corporate Recruiting team at recruit@ivey.ca.