As summer approaches, many students are preparing to leave campus and move back home, often leaving behind food in their pantries. In response to this, Western University student Michael Boushey launched the Cabinet Cleanout Initiative, a project aimed at combatting food insecurity in London.

Born in South Africa, Boushey says he has always been subconsciously aware of food insecurity.

“My mother always made me and my siblings aware of how fortunate we are and encouraged us to ‘never leave food on our plates,’” says Boushey. “I wanted to find a way to impact the London community in some way, especially considering the turmoil students were facing with COVID-19 outbreaks.”

As its name suggests, the program asks students to clean out their cabinets during the last two weeks of exams. By donating their non-perishables before moving out of residences or student homes, the initiative reduces food waste while making an impact on the greater London community.

To help with the food drive, this year, Boushey recruited the help of his roommate, Max Livingston, and his friend, Ryan Lindsay, both HBA ’23 candidates at Ivey.

“Being involved with the drive has shown me how well-meaning members of the Western and Ivey communities are,” said Livingston. “All it takes is an initiative like this to bring that goodness out in people.”

In its inaugural year, the initiative took off, receiving attention from CTV News and bringing in donations from not only students, but also local Londoners. It also garnered monetary support from across Canada. With just a few volunteers, the initiative was able to amass more than 340 kilograms of food in just a two-week span. This year, Boushey hopes to take the program to the next level.

A big goal in mind

With sponsorships from national companies, including McDonald’s Canada and Cottage Springs Beverage Company, the group hopes to collect 2,270 kilograms of goods for London Food Bank.

“Ivey students have contributed the bulk of our donations this year,” says

Boushey. “Through word of mouth and section gatherings that require donations of non-perishables as a way of entry, it has been great to see the support from the Ivey community!”

Both Livingston and Lindsay say the experience was eye-opening.

“Getting involved with this initiative has shown me the importance of prioritizing charitable work, and that everybody has time in their schedules to help their community,” says Lindsay. “As Ivey students, we are privileged to learn at one of the best business schools in the country. I believe we have an obligation to use what we learn to make the world a better place.” 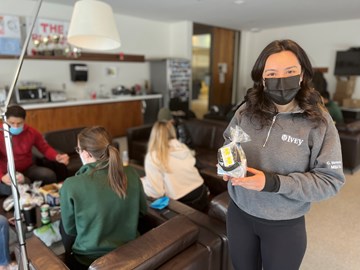 Ivey MBAs give back to their local community 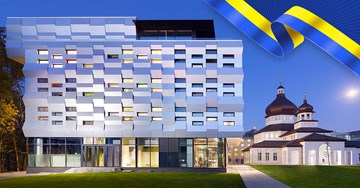 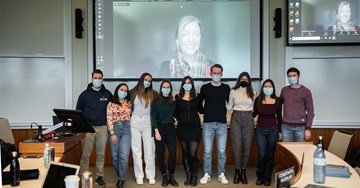