Erin Schwartz, HBA ’22, is one of the outstanding graduates in the Class of 2022

After getting a sneak peek of case-method learning in Grade 11 while participating in a case competition at Ivey for high school students, Erin Schwartz hoped to one day join the HBA program.

She had already heard praise of the Ivey experience from her father, Peter Schwartz, HBA ’90; and her sister, Josie Schwartz, HBA '21; but the case competition validated that Ivey was where she should pursue her post-secondary education.

When she was accepted into the HBA program years later, Schwartz said she was elated, but also nervous because she knew the program would be intense and challenge her to overcome her discomfort with public speaking. But she also knew she’d be that much stronger if she could do it.

Now that she has completed the program, Schwartz, HBA ’22, is glad she took on the challenge.

“I feel as though this program has really pushed me outside of my comfort zone, both academically and through the extracurricular activities I was involved in, which I believe has been integral to my personal growth,” she said. “I also have had the opportunity to learn a lot about people and where they’ve come from, leaving me much more confident, worldly, and aware.”

And while she had an unconventional start to the program since her first year of the HBA was virtual due to COVID-19, Schwartz said the virtual component taught the students the important lesson of how to adapt.

“The first day of HBA1 was still definitely a highlight. Even though we were virtual, it was such an exciting day because this dream I had of attending Ivey had finally come true and felt real,” she said. “It may have been so different than what the Ivey experience traditionally was, but I’m so grateful to have had the opportunity to immerse myself in a high-quality learning experience. Learning to adapt through these changes has rendered our class, along with so many other post-secondary students, much stronger and more tenacious than before.”

Beginning the program virtually made it that much more special when she was able to meet her professors and classmates in person, says Schwartz, and the students were amused to see each other’s heights after only seeing their upper bodies on Zoom. One memorable moment was when her section mates and some friends had a chance to be photographed together in their green Ivey sweaters in her first semester of HBA2 – a ritual that would have been done at the end of first semester in HBA1 if the program was in person.

“I remember it being so exciting for all of us to be congregated together as a section in The Grand Hall for the first time. Beyond that, something that stands out is just being able to walk through the halls and wave to friends and classmates. Something minor like this became so special and became a highlight of my HBA2 year — something that I will miss dearly,” she said. 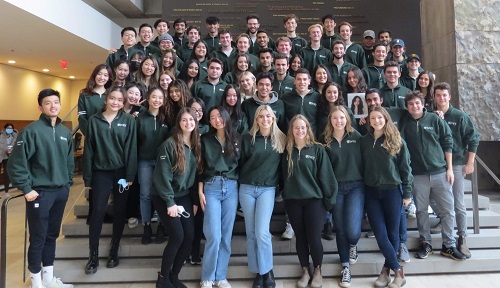 Other highlights of the program included creating a clothing line with her group in the New Venture Creation course. Throughout the course, students learn what it takes to start a business and generate real revenue. Schwartz and her group members were excited to launch a clothing line, bringing light to world issues and donating all proceeds to a related charity. The first line of clothing represented animal endangerment and proceeds were donated to the Defenders of Wildlife organization. Another highlight was a presentation from retired astronaut Chris Hadfield for the Hustle and Grit class. Schwartz said she was inspired by the advice Hadfield gave to the students, which was to avoid fixating on the past because the decisions they make today can affect their future.

Schwartz learned firsthand how important it is to make well-thought-out decisions. She said she struggled when it came to deciding on a career because it was tempting to follow her classmates down traditional career paths, such as consulting and finance, even though she wanted to work in the furniture and design space.

“It’s easy to feel pressured to follow the crowd and not take the path less travelled,” she said. “I had to put reservations aside and trust myself and my decisions.”

Schwartz is now excited to start her career working side-by-side with the principals on the scaling and development of a fast-growing, high-end furniture manufacturing and interior design company. She started working with the company three years ago through summer employment and knew that she had found her passion.

Her advice is to not be afraid to take a different path.

I would encourage anyone with a unique passion or interest to follow it! You do the best work when you’re inspired by it."
– Erin Schwartz 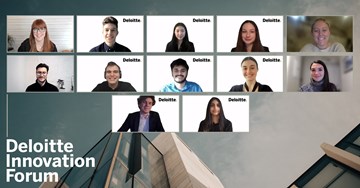 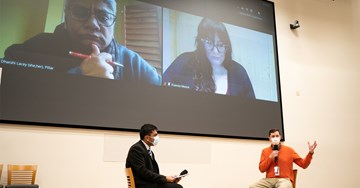 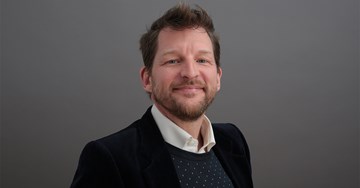 HBAs learn how to navigate the new marketing landscape