There has never been a better time to start a business and having an entrepreneurial mindset is more important than ever to move ideas and organizations forward. That’s why Ivey has continuously built on its legacy of developing entrepreneurs and now offers more than a dozen courses covering various points of the new venture process across its degree programs.

1) To develop new strengths and fine-tune a startup

Lara Tabbara is an HBA ’23 candidate

Describing entrepreneurs as passionate, driven, hard-working, creative, and leaders, Lara Tabbara took the Entrepreneurship Certificate in hope of developing or strengthening those qualities in herself. Both the courses and the individuals she has interacted with through the program have supported her with that goal.

“The Certificate in Entrepreneurship has given me an opportunity to connect with, learn from, and expand my network of like-minded individuals,” she said. “We are able to learn about the different journeys of entrepreneurs while also becoming more comfortable with the unknown to better build the foundation of our future involvement with entrepreneurship.”

In particular, Tabbara has enjoyed being part of a network of student entrepreneurs who share similar interests and struggles, and has valued the support from the many entrepreneurs connected to Ivey.

“We were able to connect with many working professionals, professors, and students, and these individuals also connected us with others who we would have otherwise not been able to meet,” she said. “This has provided me with opportunities and information that have aided my growth.”

Another draw to the program was the chance to work on an entrepreneurial venture in class. Tabbara’s startup, Baby Rhino Coffee Inc., which she co-founded with fellow HBA student Aidan Van Beek, went through many iterations and improvements as she learned through the program.

2) To bounce back stronger after failure

Mahak Gupta is an MBA ’23 candidate

As a serial entrepreneur, Mahak Gupta has had her share of failures. Recognizing an opportunity to learn from her mistakes, Gupta bet on herself and entered Ivey’s MBA program, hoping to grow her skills and business acumen.

“Having the business acumen to support and grow your venture holistically makes all the difference in how successful you and your venture can be, regardless of your background,” she said. “I've also realized that I've only scratched the surface of my potential.”

Calling entrepreneurship, “a state of mind,” Gupta said the goal is to look at existing problems and evaluate whether existing solutions are serving them well, and, if not, create or innovate a solution that others haven't. The program has allowed her to learn from other entrepreneurs' challenges and experiences, test her ideas in a safe and constructive environment, and better understand areas where she can innovate. In doing so, she has gained capabilities that have enabled her to build her next venture on a larger scale. Gupta said she has also improved her leadership style, expanded her network, and gained the confidence to reach new heights.

“When I stand in front of an investor tomorrow, they will invest both in my venture and in me – and there is no greater feeling for an entrepreneur,” she said.

My entrepreneurship learnings have unlocked a limitless array of opportunities and possibilities that have the potential to elevate the trajectory of my life at any given moment.”
– Mahak Gupta

3) To increase diversity in entrepreneurship

Giselle Saldanha is an HBA ’23 candidate

As a woman, visible minority, and first-generation immigrant, Giselle Saldanha didn’t have role models who looked like her in careers outside of science, engineering, or mathematics. Pursuing entrepreneurship is important to her to increase representation in the startup world.

“While progress has been made towards improving gender equality, discrimination, prejudice, and social stigma still plague women and minorities. Intersectional factors such as race, gender, and socioeconomic status exacerbate these challenges,” she said. “I have been called ‘bossy’ or ‘aggressive’ when exhibiting leadership qualities that would be praised in my male counterparts. This has led me to experience imposter syndrome – feelings of self-doubt and personal incompetence, despite my achievements.”

The Entrepreneurship Certificate piqued her interest due to the various learning opportunities and support offered. Saldanha said she particularly enjoyed the New Venture Creation course taught by Rob Hunter, HBA ’07, because it allowed her to learn from other entrepreneurs.

Saldanha recently launched a photography business, gisellevisuals, which she plans to continue after graduating from Ivey, and she also hopes to mentor girls and people of colour interested in business.

I hope that by choosing a non-traditional career, I will inspire others to develop courage and believe in themselves to pursue endeavours in which they are interested.”
– Giselle Saldanha

4) To contribute to the economy and create jobs

Michael Rychlewski is an MBA ’23 candidate

Michael Rychlewski entered Ivey’s MBA program thinking he’d pursue a career as a consultant, but he soon became more intrigued with the idea of starting a business. Early on in the program, he attended a bootcamp with Ash Singh, HBA ’04, and was inspired when Singh told the students that entrepreneurs create jobs, not politicians. Having previously worked for the provincial government, Rychlewski said those words hit home.

“As blunt as that was, Ash [Singh] is right. Governments do not create real jobs, entrepreneurs do. Think about our economy – the reason why we enjoy such a high standard of living in this country is because of ambitious people who went out and built successful companies,” he said.

The Entrepreneurship Certificate program has allowed Rychlewski to explore the world of entrepreneurship and learn from professors who have real startup experience. He is currently working with three other MBA students on a human resources tech application for the New Venture Project and is competing for a spot in the the Western Accelerator. He said it's encouraging that Ivey fosters an environment that brings together a community of budding entrepreneurs, sharing the road of ups and downs that comes along with starting a business.

One lesson I’ve learned is that you must be 100-per-cent convicted to your venture. Entrepreneurs need a realistic resilience on their journey with their company and must soldier on with the day-to-day struggle when it comes.”
– Michael Rychlewski

Mark Mauleesan, MBA ’16, is founder of Med Sckool Reviews and an Entrepreneur-in-Residence at Ivey

Mark Mauleesan said he always had the proverbial “entrepreneurial itch,” but didn’t know how to scratch it. Although he had some side hustles during university, he had to tune out the entrepreneurial calling while in medical school to focus on his grades and patients.

After graduating from medical school, Mauleesan launched Med Sckool, a venture focused on helping medical school students and graduates to prepare for medical licensing exams in Canada and the U.S. Two years later, he decided to do an MBA to improve his business acumen. He chose Ivey’s program because of the Entrepreneurship Certificate offering.

“Taking courses on new venture creation and entrepreneurial finance really allowed me to focus on my existing venture in ways I would never have imagined otherwise,” he said. “The cases, discussions, guest lectures, and professors all proved extremely beneficial.”

Mauleesan has since leveraged the new tools he gained through the program to catapult his business as well as start a few others. He also mentors, coaches, and advises young entrepreneurs as an Entrepreneur-in-Residence at Ivey.

Calling himself an, “MD-turned-MBA-turned-serial entrepreneur,” Mauleesan said it can be hard to describe what he does for a living, so he simplifies it: he has found a way to monetize his interests and passions so he can get the most out of life.

I’m the kind of person who values time, especially now, as a father of three little ones. Entrepreneurship has allowed me to spend more time with my family and tinker away at my ventures when I want to.”
– Mark Mauleesan 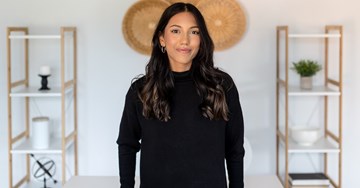 Viewing business through an ESG lens: Lessons from Sweden through the Cansbridge Fellowship 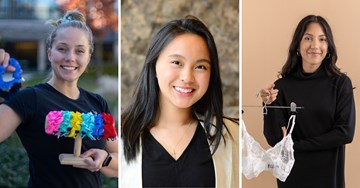 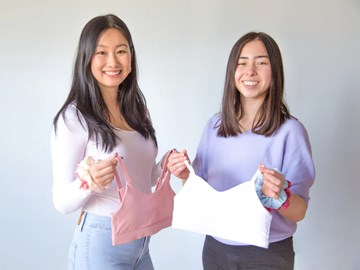 When community becomes your competitive advantage