100 HBAs Who Care is a student-led initiative that connects students with local charities.

Here’s how it works. First, students buy a $10 event ticket. The night of the event, three charities present to student attendees to share what they do and success stories about those they have helped. After hearing the presentations, students vote on which charity they want the night’s proceeds to go to. The charity with the most votes receives 50 per cent of the proceeds, while the other two charities each receive 25 per cent.

This ensures students are actively involved in where their money goes, and that all charities benefit from an evening of sharing and connecting. 100 HBAs Who Care creates the opportunity to truly make an immediate and tangible difference and learn more about how to get involved in charitable organizations.

This year, Anova, The Alzheimer Society, and Big Brothers Big Sisters of London presented at the event.

The support from Ivey and Western students was immense. 100 HBAs Who Care raised approximately $2,000 from ticket revenues – almost double the amount raised from last year! Anova received the most votes, and will consequently receive approximately $1,000. The outstanding amount will be split between The Alzheimer Society and Big Brothers Big Sisters of London.

Rachel M., a fourth-year student, said “This was my second year attending 100 HBAs Who Care, and I’ve been truly moved by the stories shared at these events. I’ve always wanted to help those around me, but sometimes it’s hard to find the right avenues to do so. 100 HBAs has given me the opportunity to actually see the difference I’m making.”

Rachel’s sentiment was shared by many who attended the event, who have learned how to get more involved in their community.

Anova provides a safe space for women and children who have experienced domestic violence or abuse. Anova has two emergency shelters, and second stage housing that ensures survivors receive the support they need. By combining education, counselling, and an interactive mapping program, Anova ensures women and children can safely seek refuge when needed. 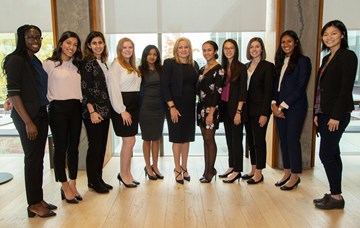 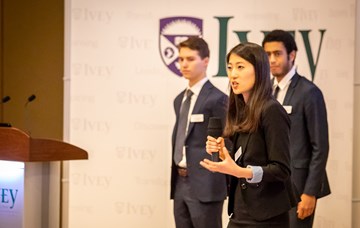 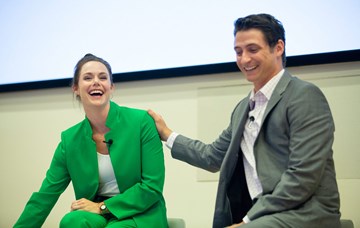