Jiya Hai is a Research Assistant at the Ivey Energy Policy and Management Centre and is currently pursuing a dual degree in HBA/Honours Political Science. She shares panellists’ insights as they discussed the investment climate and direction of decentralized energy resources in the second of four sessions in the Centre’s annual Workshop on the Economics of Electricity Policy and Markets.

On October 13, in the second of four virtual webinars organized by the Ivey Energy Policy and Management Centre in its fourth annual Workshop on the Economics of Electricity Policy and Markets, participants from industry, government, and academia explored some of the drivers and barriers to investment in decentralized energy resources. The session was hosted by Brian Rivard, Director of Research for the Ivey Energy Centre, and moderated by Nicole LeBlanc, Director of Markets and Tariff at the Alberta Electric System Operator.

Paul Grod, President and CEO of Rodan Energy, defined decentralized energy resources (DERs) from the perspective of his company to more holistically depict what they encapsulate. He also highlighted various consumer benefits, emphasizing that DERs allow consumers to participate in markets that were traditionally open only to generators. Grod also explained that a DER-based power grid is more cost-effective, resilient and flexible, and clean. DER market growth in Ontario and other jurisdictions in the past 10 years can be attributed particularly to the financial incentives to shave peak loads, the need to mitigate power outages, and increased demand for power from key industries. Overall, Grod said he believes DERs are the future of electricity, but cautions that there will still be a need for baseload power and that significant infrastructure in hydro, wind, and nuclear energy are better suited to centralized power. DER penetration in the future will ultimately come down to two market drivers: ancillary service revenues and transmission and distribution costs.

Bringing public and private sectors together in decentralized energy resources

Patrick Lo, Senior Manager of Partnerships in Innovation, Research, and Development at the independent Electricity System Operator (IESO), gave participants an overview of the IESO’s work and responsibilities. From the IESO’s perspective, barriers to non-wires alternatives and DERs are encountered in areas of technical feasibility, funding streams, operations, procurement mechanisms, process understanding and education, and technological maturity and costs. The IESO’s innovation roadmap begins with research and white papers followed by demonstration and evaluation projects, capital projects and process improvements, and finally, partnership and capability building. Lo concluded his remarks by describing the IESO’s Non-Wires Alternatives Demonstration Project, Canada’s first local electricity market funded with support from Natural Resources Canada and delivered by Alectra Utilities. The project is based in York Region, where electricity demand is expected to grow beyond system capability.

Lessons from the U.S.

David Brown, an Associate Professor at the University of Alberta’s Department of Economics, shared lessons from the U.S. to examine net metering challenges and the debates over retail rates design. Behind-the-meter DER production is often paid the prevailing retail rate, which can lead to a poor mismatch with the underlying costs of energy services, cost-shifting concerns, rate design problems, and over- or under-compensation of distributed solar and other DERs. Brown used the example of New York to depict a retail rate design using the value ‘stack,’ which sums up the possible value of DERs (i.e. energy, generation capacity, environmental value, and transmission and distribution capacity) based on one’s location. The benefits of this design include better approximate values and costs of DERs, the fact that capacity measures can capture local constraints, and reduced cost-shifting. However, the design also contains complicated and controversial valuations, smoothing over too much and locking in rates for up to 25 years. Brown said key challenges moving forward will include information and transparency on grid-value and costs of DERs, mapping modelled benefits and costs, balancing economic efficiency and fairness, and stranded cost recovery.

Collaboration critical for energy sector to emerge from pandemic 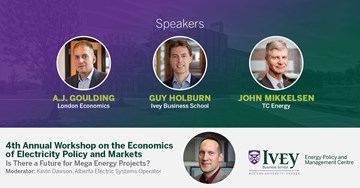 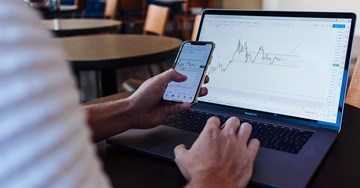