Scheduling problems are common in business and can limit a company’s operations, services, and profits.

Associate Professor Mehmet A. Begen has been using analytics (building mathematical models and looking at patterns in data) to solve such problems.

Two of his research projects tackle scheduling from opposite ends of the spectrum – from a fun athletic challenge to the more serious issue of saving lives. Here are some details.

When Whistler Blackcomb, a ski resort in Whistler, B.C., challenged its skiers to ride all 24 lifts in a single day, few could do it. The resort has a radio-frequency identification system (RFID) that tracks skiers’ movements to reduce ticket fraud, speed services, and give skiers access to their personal statistics, such as the number of rides and vertical metres per foot accumulated. As part of its gamification plan, Whistler Blackcomb challenges skiers to earn a variety of badges. The Mega Day badge, for riding all lifts, is its highest honour.

But the resort’s extensive terrain spanning 33 square kilometres and the varying lift operating times make it difficult for skiers to earn the badge. Of the more than two million skiers there annually, only 313 – 0.1 per cent per day – completed the challenge in the 14 months following its launch.

Begen, along with his co-authors Professor (now Emeritus) Peter Bell and John Lyons, Ivey PhD candidate, set out to solve the challenge. They used RFID system data to estimate ski times between lifts for skiers of various skill levels. They also worked in lift schedules and used mathematical programming to determine a route that enabled the greatest number of skiers – one-quarter – to complete the challenge. The researchers also found more skiers could earn the badge if Whistler Blackcomb kept one lift open an extra hour.

“When we looked at the data, we figured at least 25 per cent of the skiers should be able to do it in terms of timing and ability, yet very few got the badge. We figured they couldn’t do it because they didn’t know the best route,” said Begen.

They shared their findings with Whistler Blackcomb’s management team and the route was later included in the resort’s electronic newsletter. Three months after the newsletter was published, 224 skiers – a 67-per-cent increase – achieved the Mega Day badge.

Their paper, “Solving the Whistler-Blackcomb Mega Day Challenge,” will appear in Interfaces journal. It was also a finalist in the Canadian Operational Research Society’s 2017 Practice Prize Competition.

Scheduling surgical specialties in a hospital is complex. The schedule choice can affect the number of patients treated, cancellations, wait times, and the facility’s overall performance.

When Begen was completing his PhD at Sauder School of Business at the University of British Columbia, he teamed up with Pablo Santibáñez (then lead of the analytical team at Fraser Health Authority) and Sauder Professor Derek Atkins (now Emeritus) to examine whether a centralized schedule of surgical specialties for hospitals within the Fraser Health Authority would create efficiencies.

At the time, Fraser Health Authority had 12 hospitals and served one-third of the province’s population.

The researchers created a model of a centralized system that tested tradeoffs in operating room availability and surgeons’ booking privileges as well as considered bed capacity and wait lists. Other issues explored included:

“The way their schedule was, for example, one hospital fluctuated between 60 and 75 beds in its schedule every week so you needed to have 75 beds and staff for them all the time. With a different schedule, you can have 65 beds at all times. This reduces the number of beds and staff needed,” said Begen.

The paper, “Surgical block scheduling in a system of hospitals: an application to resource and wait list management in a British Columbia health authority,” was published in Health Care Management Science.

Begen’s analytics work has not gone unnoticed. In 2014, his research with Burcu Caglar Gencosman, a PhD student visiting Ivey from Uludag University, won the FICO Optimize the Real World competition  The researchers applied analytics to improve scheduling and productivity at Beycelik, a Turkish auto parts manufacturer. Their work identified an opportunity for Beycelik to increase manufacturing productivity by six per cent percent while reducing operating costs by €187,000 annually or, alternatively, the company can produce 15 per cent more products with the same level of resources (without making any changes except altering the schedule). The paper, “Scheduling Methods for Efficient Stamping Operations at an Automotive Company,” was published in Production and Operations Management. Read about their award-winning research. 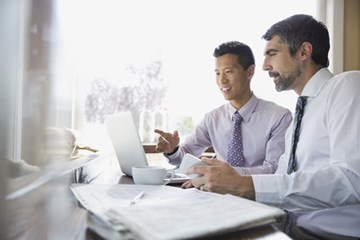 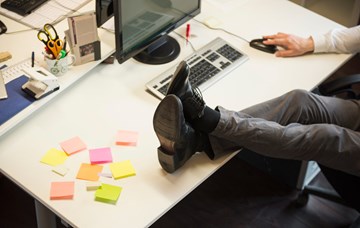 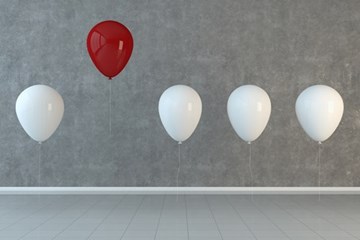