Imagine working in a rewarding environment where mentoring trumps managing and employees are empowered to speak their minds, not to mention playfully mock bad decisions, via a company-wide intranet.

No pay freezes. No my-way-or-the-highway bosses. Toss in free massages, snacks, and gourmet meals, along with complimentary coffee and juice bars. Then add exceptional benefits, awesome tech support, a wealth of training programs and access to some of the coolest tech toys in the world (before they hit the market).

Now picture a workplace that offers employees the freedom to devote 20 per cent of their paid time to pet projects. And while we’re speaking of pets, imagine dog lovers on staff being allowed to bring their furry pals to the office.

Don’t believe such a place exists? Well if you are a skeptic, you can easily Google it.

After all, the search engine was designed by Sergey Brin and Larry Page, the two billionaire co-founders of Google, which recently posted revenue of US$16.5 billion for the quarter ended September 30, 2014. They attribute the company’s success to the corporate culture described above.

To provide a taste of the work environment enjoyed by the tech giant’s 45,000-plus employees around the world, Dolan ordered an auditorium full of HBA students to stand up and compete in a rapid-fire Rock-Paper-Scissors tournament, and then rewarded the top two players with Google gizmos.

According to Dolan, who also runs Google.ca/think, the company’s local destination for thought leadership, it is understandably hard for outsiders to appreciate what makes Google tick. The public image leads people to imagine a clock-work organization run like a Willy Wonka chocolate factory. But, if truth be told, Google’s international operations are chaotic, with faint and broken lines dominating the chain of direct reports and many employees left to define their own roles.

“It’s like tossing spaghetti against the wall to see what sticks,” said Dolan.

He added the company’s sink-or-swim environment can be stressful, which is why people who leave the company tend to do so shortly after being hired.

Dolan’s key message for Ivey students thinking about their future was about what makes Google “Googley.” And perks is not the answer. It’s the Googleness of employees, who share certain attributes that allow them to thrive in a non-traditional workplace.

“Googleness is one of those things that everyone defines differently,” said Dolan, who was recently named to Marketing Magazine’s 30 Under 30 list. “But I would say it is really a mixture of three things.”

Thriving in a non-traditional workplace

The first thing shared by employees who thrive at Google is the tendency to think big. Google is known to kill off profitable projects that fail to meet the toothbrush test, meaning a product or service with potential to be regularly used three times a day by billions of consumers.

The second thing that makes someone Googley is the ability to quickly bring the big new product or service ideas to market.

Last but not least, Dolan said Google is populated by people with similar personalities. Being ambitious and brilliant is required, but that’s not enough to land a job. Company recruiters actively seek ethical and humble individuals who are clearly fun to be around and care about others.

So if you are interested in a Google career and lucky enough to land an interview, consider Dolan’s advice.

“Think big, operationalize the problem and just be good,” he said. 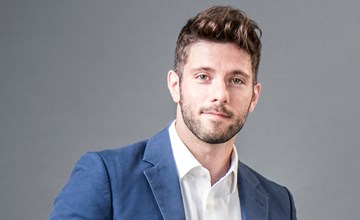 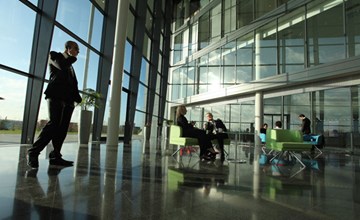 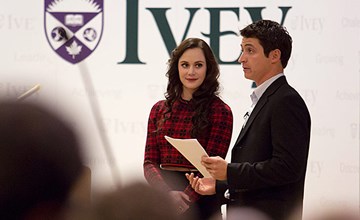