On the ice, Tessa Virtue and Scott Moir may be an award-winning figure skating team, but off the ice they have different personalities and processes.

Overcoming those differences and cultivating a culture of mutual respect was one of the key factors in their success during their 17-year partnership.

Virtue and Moir shared advice with enthusiastic Ivey HBA students on team work, and dealing with conflict, obstacles, and disappointment at the Troost Annual Leadership Event on October 27. The event was presented by Ivey’s Ian O. Ihnatowycz Institute for Leadership and made possible by a generous donation from Kathleen and Bill Troost, MBA ’75.

“We are very different people, but we worked hard at communicating and understanding one another’s process. We’ve never blamed one another. We’ve never name-called,” said Moir. “We learned to make effective and productive use of every minute on the ice by working through our differences and cultivating a code of respect.”

In fact, the duo admitted a major hurdle in their careers was when they lost touch for a period in late 2008 when Virtue was recovering in London, Ontario from surgery to treat a leg injury and Moir continued training alone in Michigan.

“We just didn’t know how to remain open and honest with one another, which was foreign and unsettling territory for us,” said Virtue. “That was the hardest thing we’ve ever endured as partners.”

Adapting to change is critical

After that, the pair adopted a new mantra, “adapt and conquer,” which included a new training plan that helped Virtue to protect her injured leg, while preparing for the 2010 Olympics.

“We learned to train smarter. We learned that we could form our own method of preparing, one that differed from our competitors, but still gave us an edge,” she said.

Their renewed commitment to and focus on each other created a synergy that is credited for earning them a gold medal at the 2010 Olympic Games in Vancouver and later two silver medals at the 2014 Winter Olympics in Sochi.

In fact, in Vancouver they started a practice of hugging and synching their breathing before hitting the ice, to reinforce their connection.

But Virtue and Moir said the most important lesson they learned from their figure skating career is that there are no shortcuts to success, but hard work and dedication will get you there.

“It really doesn’t matter what you choose to do so long as you do it to your full ability. How do you want to be viewed? How would you like to be remembered? What is your character? What are your values?” said Virtue. “Ultimately, it didn’t matter that we happened to be decent figure skaters. What does matter is that we strived to be good people. We love what we do and we followed our passions to the fullest.”

Here is some additional advice from Virtue and Moir:

On handling stress: Remember the greater purpose
“Being prepared, loving our programs, putting in all of the work beforehand. It’s the idea of delayed gratification. Our training was not always fun, but it was for a greater purpose,” said Virtue. “We knew that we’d feel better when it came to taking to the ice for the Olympics.”

On handling conflict: Remember your common goals
“We had to remember that we both wanted the same thing,” said Moir. “In order to do that, we had to figure out how to get to the next stage or the next accomplishment that we wanted to get to.”

Communication is critical
“We used each other and also the team around us to communicate how we were feeling – our fears, our doubts,” said Moir. “Being on the same page helped us so much.”

Learn more about the Ian O. Ihnatowycz Institute for Leadership 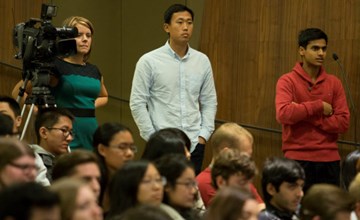 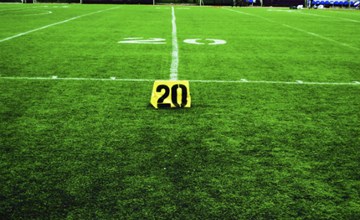 Gerard seijts | NFL should value character as much as talent 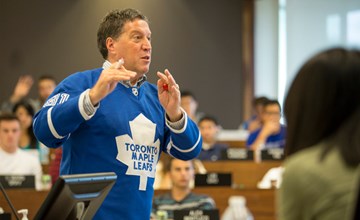 Face-to-face with the challenges of leadership