In the face of a major crisis, how an organization reacts under pressure can make or break its reputation, and its bottom line.

In 2008, Canadian food processing giant, Maple Leaf Foods, experienced a crisis that changed the organization: Maple Leaf’s products had been contaminated by listeria.

23 people died; 57 others became very ill. Production at their Toronto-area plant came to a complete stop. Nearly 5,000 unique media stories were written, and surveys showed a near-100-per-cent-recognition rate among Canadians of the story.

It’s in situations like this that great leaders are often defined, making Maple Leaf Foods a powerful case study for HBA1 students on ‘Leading through Crisis.’

Speaking to students in November, Dr. Randy Huffman, Senior Vice President Operations and Chief Food Safety Officer for the company did not mince his words.

“I frequently start my presentations by saying I work for a company that took the lives of 23 Canadians,” he said.

A culture committed to customer safety and wellness

Huffman has been with Maple Leaf Foods for six years. When the listeria crisis broke, he was President of the American Meat Institute (AMI) Foundation. Maple Leaf Foods called him in as an external consultant on food safety, and after working with the senior leadership team during the crisis, he joined on permanently to lead the company’s safety and quality assurance programs.

Now, six years later, he remains dedicated to the constant improvement of food safety standards. He and the other members of Maple Leaf’s senior leadership team will not stop talking about the event that so drastically changed their organization.

“We keep it real and live,” Huffman said. “The victims of this tragedy are allowed to move on, but we as a company are not.”

He explained that, in the orientation video for Maple Leaf staff, from top level executives to middle management to temporary plant staff, the seriousness of this event is emphasized.

“I can guarantee you, you won’t find any other major corporate training videos that show a hearse,” he said, emphasizing that it’s important for new staff members to understand why the organization continues to raise the bar of food safety standards.

Maple Leaf Foods has been applauded time and time again for how it handled this tragic event. There was no complex communications strategy or a huge PR crisis team enlisted, instead they kept close to home and close to their values. And it worked. While the team did a number of things well to manage the crisis, Huffman emphasized three vital moves the company made:

CEO Michael McCain called a press conference the evening that the outbreak was announced publicly. Rather than staying quiet or clamming up, the company went on the record immediately sharing all of the information they had with customers.

“All the little things are important,” Huffman said. “But if we hadn’t acted as quickly, it wouldn’t have turned out so well [for Maple Leaf.]

Alongside acting immediately, McCain and the senior leadership team took accountability for the mistake once investigators pointed to Maple Leaf products. Rather than try to shift blame to food safety standards, equipment manufacturers, or individual employees, McCain owned up to the breach of standards at the organizational level and continually apologized.

“There were two groups he didn’t take advice from: the accountants and the lawyers,” said Huffman, emphasizing that he was more concerned about clear, honest, and humane communication than the prospect of legal battles or lost sales.

Dare to be transparent

“Our values said to do what’s right, be transparent, open and honest,” Huffman said. “So that’s what we did.”

Referring to Maple Leaf’s internal core values, which existed prior to the Listeria outbreak, he said in some ways handling the immense challenge became easy, because the organization had “the roadmap” they needed to know what to do.

“Don’t underestimate the power of having well-entrenched values and an up-to-date code of behaviour,” he said.

For the 610 HBA1s in attendance, Huffman presents an excellent model to learn from as they build their own core values roadmaps for their future careers. 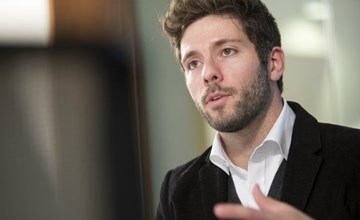 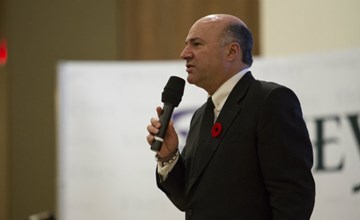 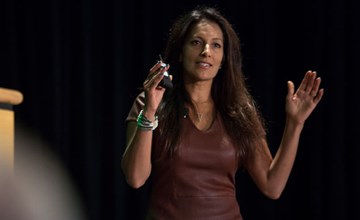