LONDON, ON – October 18, 2016 - In the lead-up to the final presidential debate it’s becoming increasingly clear the United States election hinges on issues related to leader character. The Ian O. Ihnatowycz Institute for Leadership at the Ivey Business School at Western University has made research, teaching and outreach on leader character a distinct differentiator in the vast leadership research space.

From October 7-14, 2016, the Institute commissioned a survey of 513 Americans to determine how Donald Trump and Hillary Clinton measure up on 11 leader character dimensions. The survey clearly found neither Trump nor Clinton meet the character standards expected of a President by the voting public.

Respondents were asked about 11 leader character dimensions and how essential they are for the role of President. As demonstrated in TABLE 1, the following five dimensions were generally seen as most essential: accountability, integrity, justice, judgment and drive.

TABLE 2: The extent to which Donald Trump and Hillary Clinton demonstrate the leadership dimensions
(1 = not at all; 2 = very little; 3 = somewhat; 4 = quite a bit; 5 = to a great extent)

Both candidates scored low (demonstrate “very little”) on the leader character dimensions that were seen as most essential: accountability, integrity and justice; and both also scored low on humility. Neither Trump nor Clinton live up to the dimensions that are seen as most essential for the role of U.S. President. Notably, Trump scored highest on courage and drive and Clinton scored highest on courage, drive and temperance.

“What was somewhat surprising is that even Republicans tend to be concerned about Trump’s leader character,” said Gerard Seijts, Executive Director, Ian O. Ihnatowycz Institute for Leadership. “For example, respondents indicated that Trump demonstrates high courage and drive yet is seen as lacking temperance. That combination of dimensions may actually lead to recklessness, a very troubling behavior in any leader let alone the president of the United States. Respondents irrespective of their political preference rated Clinton higher on temperance than Trump.”

A strong difference in rankings by gender also appeared in the results (see TABLE 3).

TABLE 3: The extent to which Donald Trump and Hillary Clinton demonstrate the leadership dimensions by gender
(1 = not at all; 2 = very little; 3 = somewhat; 4 = quite a bit; 5 = to a great extent)

A snapshot of Canadian leadership

The Institute also sampled 506 Canadians for their views on leadership and included questions regarding Prime Minister Justin Trudeau’s perceived leader character. The results in TABLE 4 show Justin Trudeau measures up well in that respondents to the survey scored him higher on all leader character dimensions when compared with Trump or Clinton. His lowest score is for accountability (3.43; between “somewhat” and “quite a bit”). His highest scores are for temperance (3.88) and humanity (3.84).

TABLE 4: The extent to which Justin Trudeau, Donald Trump and Hillary Clinton demonstrate the leadership dimensions
(1 = not at all; 2 = very little; 3 = somewhat; 4 = quite a bit; 5 = to a great extent)

“Trudeau is seen to outperform Trump and Clinton on all the leader character dimensions. What is revealing is that Trudeau’s highest scores, humanity and temperance, are Trump’s lowest scores,” said Seijts.

Whoever gets elected President will face myriad challenges to bring a divided country together and achieve prosperity. The successful candidate will have to rely on her or his competencies, character and commitment to the role of leadership to ensure a successful Presidency. Too many recent examples in business, sports and politics have shown there is a cost associated with bad leadership and bad leader character in particular. The current election is a stark reminder that leader character matters in our day to day activities. The electorate and potential presidential candidates for 2020 are well advised to take notice of the leadership lessons embedded in the current election cycle.

These findings are from an AskingCanadians survey conducted for the Ian O. Ihnatowycz Institute for Leadership at the Ivey Business School from October 7-14. A nationally representative sample of 506 Canadians and 513 Americans completed the online survey. The nationally representative sample was measured against an interlocking age, gender and regional quota structure that resembles the demographic distribution in each country. The respondents were sourced from the AskingCanadians online panel community.

For further information or to arrange for media interviews please contact:

Founded in 1922, the Ivey Business School (www.ivey.ca) at Western University is Canada’s leading provider of relevant, innovative and comprehensive business education. Ivey’s mission is “to develop business leaders who think globally, act strategically and contribute to the societies in which they operate.” Drawing on extensive research and business experience, Ivey faculty provide the best classroom experience, equipping graduates with the skills and capabilities they need to tackle the leadership challenges in today’s complex business world. Ivey offers world-renowned undergraduate and graduate degree programs as well as Executive Education at campuses in London (Ontario), Toronto and Hong Kong.

About the Ian O. Ihnatowycz Institute for Leadership

Ivey has been at the forefront of shaping the way leaders develop through both rigorous research and teaching. Today, our commitment to developing the type of leaders who will help their organizations to succeed has not changed. What has changed is the knowledge we have about the components of good leadership. The Ian O. Ihnatowycz Institute for Leadership (www.ivey.ca/leadership) has made research, teaching and outreach on the development of leader character our distinct differentiator in the vast leadership space.

The Leadership Institute contributes to Ivey’s vision through specific student programming events; knowledge creation and thought leadership; and, outreach initiatives geared at both academics and leaders in the public, private and not-for-profit sectors. As such, the Leadership Institute amplifies the mission of Ivey and assists in cultivating strong business leaders for the 21st century through the development of leader character.

AskingCanadians, a Delvinia company, is an online data collection firm with access to a research community of 600,000 Canadians who have opted-in to participate in online surveys that significantly influence today’s leading brands. Established in 2005, AskingCanadians owns and manages the AskingCanadians online research community and its French counterpart Qu’en pensez vous. AskingCanadians is dedicated to enabling market researchers to quickly gather and deliver high quality information from Canadian consumers. AskingCanadians and Qu’en pensez vous are built through incentive partnerships with Aeroplan, Hudson’s Bay Rewards, Walmart, PETRO-POINTS, Pure rewards and VIA Préférence. The result is an average response rate that eclipses the industry. For more information, please visit corporate.askingcanadians.com. 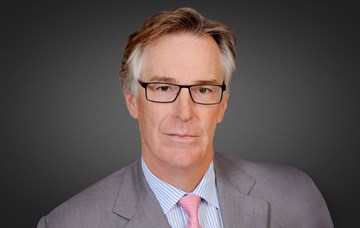 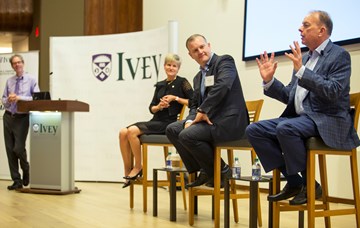 So you want to be a leader? 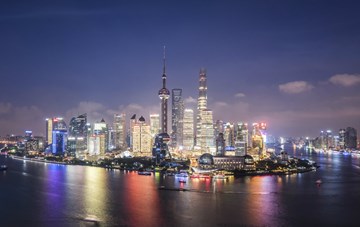