As Ahsan Syed, HBA ’15, says, if you’re interested in social development, the United Nations (UN) is the Holy Grail of places to be. This past October, Syed had the opportunity to spend three weeks working with the UN – and he’s only 24.

Syed was one of two delegates selected from a pool of 550 applicants for the Canadian Youth Delegate Program to the UN. This is the first year the program has run and is organized through Global Affairs Canada, the Prime Minister's Office, and the United Nations Association of Canada. Syed and Dalia Tejeda from the University of Ottawa attended the 71st United Nations General Assembly in New York.

“I’ve always been really interested in international development and sustainable development,” Syed said. “At Ivey, I led the LEADER project where I travelled overseas and delivered business education and entrepreneurship training and I also competed in the HULT Prize Social Entrepreneurship Competition regional finals in Dubai. I thought this would be great exposure to understand the UN and the international diplomacy landscape.”

A day in the life of a youth delegate

Over the three weeks, Syed and Tejeda shadowed senior diplomats at the Canadian mission. The youth delegates did it all. They sat in on discussions with other countries about different subject areas, such as sustainable development, drug policies, human rights, and women and youth issues. They learned about the priorities of other countries to help with Canada’s resolution planning. The delegates also had direct opportunities to address the Third Committee, which focuses on human rights, by writing and delivering a statement on youth leadership.

In his role, Syed was constantly surrounded by senior officials, presidents of countries, diplomats, and country ambassadors – a situation many might find daunting. He credits Ivey for preparing him to handle the pressure.

“One of the things that Ivey teaches you to do really well is network,” Syed said. “I developed core communication skills through the practice of speaking in class and speaking with senior executives and c-suite executives through case competitions and networking sessions. Because of Ivey, I could engage in productive dialogue and present myself professionally and confidently to high-level people at the UN.”

Because this was the first year the program has run in Canada, Syed and Tejeda spent time with other countries’ youth delegates to better understand their programs and to learn what other countries are doing in the space.

“One of the things we did when we got back was build a comprehensive report about the Youth Delegate Program for Global Affairs and the United Nations Association of Canada,” Syed said. “Over the next year, we’ll be working with them to make sure the program gets successfully implemented and there’s proper succession moving forward.”

Looking ahead and preparing for the future

Meeting youth delegates from all over the world reminded Syed of the many opportunities Canada offers its young people, such as leadership developing opportunities and social programming. He acknowledged the issues Canadian youth fight for are very different than in other countries.

But one thing remains the same. Young people want to be heard.

“There hasn’t been enough research on youth development and youth leadership to understand the implications on society as a whole,” Syed said. “Now there’s a general consensus that we need to do a better job of tapping into the power, energy, and networks of youth early on to promote the betterment of society.”

Syed is back in Calgary after the whirlwind trip to New York, but his responsibilities aren’t done yet. He’ll continue his work as a youth delegate while balancing his full-time job as a Project Analyst at Cap-Op Energy. The youth delegate position runs year-round until the next cohort of delegates is selected in March.

Read the delegates' blog
Watch a video about Syed’s experience 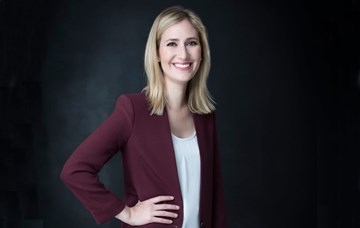 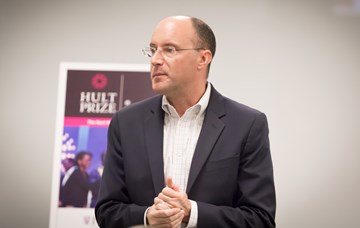 Going for the Hult Prize: Western and Ivey students advance to regional finals 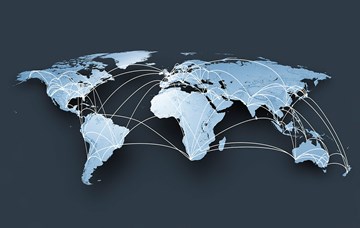