For the first time in a decade, an Ivey team won the annual business plan competition that the School hosts for MBAs, while a Queen’s University team topped a similar competition for undergraduate students.

The Ivey MBA team, Aunt Mary’s Beverage Company, won $15,000 at the 19th IBK Capital – Ivey Business Plan Competition from January 20-21 for its pitch for a powdered beverage that will counteract the bitter taste of cannabinoid oils, which are often used for medicinal purposes. The team included Ryan Bauer, Erik Lapointe, and Michael Palumbo, all MBA ’17.

The competition, which has run since 1999, is sponsored by IBK Capital Corp., and featured nine entrepreneurial teams from as far away as Arkansas, Kentucky, and Thailand. The second prize of $4,000 went to Team REVOJel from Thammasat University in Thailand, and the third prize of $1,000 went to Team Grox Industries from the University of Arkansas.

The inaugural Spin Master – Ivey HBA Business Plan Competition for undergraduate student teams ran concurrently and also featured nine entrepreneurial teams. Iris Technologies, a team from Queen’s University, won the top prize of $15,000 for its plan to develop a computer monitor that can be tolerated by concussion patients since stimuli from computers, such as light and noise, can often trigger concussion symptoms.

The second prize of $4,000 went to Team Beatcamp from Ivey, while Team u.buk from Western University took home the third prize of $1,000.

The competition was sponsored by Spin Master, a global toy company founded in 1994 by Ivey and Western graduates Ronnen Harary; Anton Rabie, HBA ’94; and Ben Varadi, HBA ’94. As part of the weekend’s activities, Rabie shared highlights of his entrepreneurial journey during a fireside chat with Professor Eric Morse, Executive Director of the Pierre L. Morrissette Institute for Entrepreneurship.

Learning from those in the know

Clara Mustata, a first-year Western University and Ivey AEO student, said the opportunity to learn about the real-world application of a business idea from successful entrepreneurs was a real draw.

“On a day-to-day basis, we don’t always get the opportunity to interact with speakers who can give us insight into how to better project and design your business. It’s an incredible opportunity,” she said. “You get a chance to see the ideas in real life and not just the theoretical. That’s really important because it helps us to understand the challenges that we would face if we were to implement our idea in real life. It helps us to gain confidence in our contribution and to see the pathway to success.”

Assistant Professor Larry Plummer, who helped judge the competition, is Director of the Ivey New Venture Project, where business planning is a central component.

“It’s the process, not the document, that’s the crucial resource. We train entrepreneurs to be successful through the planning process,” he said. “Business plan competitions are a natural extension of that. They’re a great way to mimic the pressure, constraints, deadlines, and excitement of starting a business, but in sheltered waters.”

Plummer said he is involved in a U.S. program that teaches disabled and wounded war veterans how to start a business and an infantry officer once impressed upon him the importance of planning.

“He told me you collect what information you have available and plan, but as soon as the shooting starts, you have to improvise. But that doesn’t mean the plan didn’t matter. He said great planning makes for great improvisation,” said Plummer. 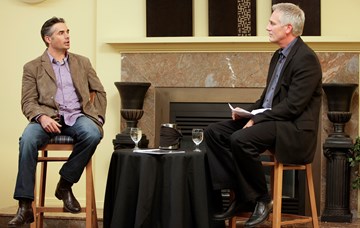 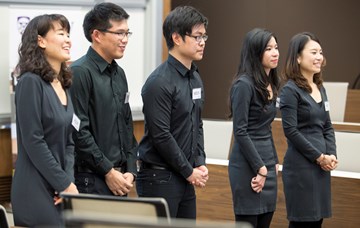 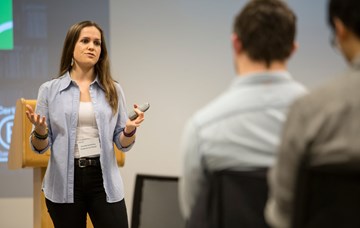