LONDON, ON – March 6, 2017 – Known for her leadership and commitment in business and community initiatives, Linda Hasenfratz, EMBA ’97, has been named the Ivey Business Leader of the Year. Hasenfratz, who is the chief executive officer of global auto parts giant, Linamar, will receive the award and address Canada’s most prominent business leaders at the annual gala dinner in Toronto on October 19, 2017.

Hasenfratz is best known for her leadership in the manufacturing industry where she has held a wide range of roles at Linamar. She has also been actively involved at the Ivey Business School as a participant and consultant in the Lawrence National Centre for Policy and Management’s Future of Manufacturing project and as an Ivey Advisory Board member.

Ivey Dean Bob Kennedy said she showed resilience and innovation when leading her company successfully through the 2008 financial crisis and auto-industry collapse. In recent years, Linamar has outperformed the industry, with all-time high revenues and profits.

“Linda Hasenfratz is an outstanding business leader,” he said. “She has demonstrated discipline, strategic thinking, and creativity. Linda exemplifies the type of leadership we embrace at Ivey.”

Hasenfratz is currently the inaugural chair of the Philanthropy Leadership Cabinet of the Guelph General Hospital, a charitable organization that funds health-care initiatives. She is dedicated to seeing women progress in business including playing a leadership role in the Canada-United States Council for Advancement of Women Entrepreneurs and Business Leaders. Hasenfratz has been on the Board of Advisors for Catalyst Canada since 2003, and the Women On Boards Advisory Council since early 2013. Her passion for the arts inspired her to join the Board of Governors of the Royal Ontario Museum in 2002.

Hasenfratz already has a long list of accolades including:

The Ivey Business Leader Award will be presented at a black-tie dinner on October 19, 2017, at The Ritz-Carlton, Toronto. Proceeds from the annual event support the Ivey Alumni Network Toronto Chapter HBA and MBA Scholarships established to attract top students to the School, the Toronto Alumni Professorship in Business Leadership, and the new Ivey Building.

Hasenfratz joins an esteemed list of past Ivey Business Leader Award recipients demonstrating leadership in both business and their communities. Past recipients of the award include: 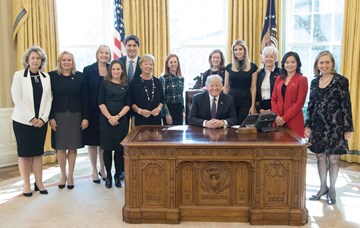 Ivey at White House roundtable on women in the workforce 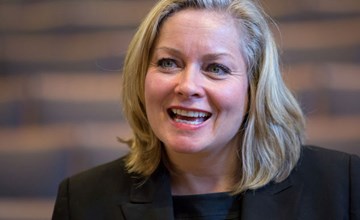 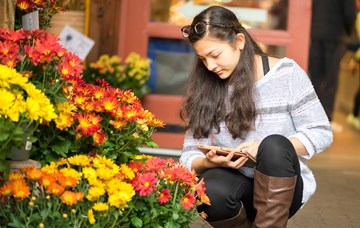