The story of how one man went from being awarded CFO of the Year to committing the greatest fraud in corporate American history for the same business transactions serves as an important lesson in ethics for students.

The former CFO of Enron Corporation, Andy Fastow, shared his thought processes during the rise and fall of Enron in 2001. The company went from being the seventh largest corporation with a stock price of $90 a share, to dropping below one dollar a share in just one month. Fastow was charged with 78 counts of fraud, money laundering, and conspiracy and served six years in prison.

Perhaps Fastow’s son best described what his father had become.

Fastow spoke to HBA1 students as part of their cross-enterprise leadership learning exercises. His talk was delivered via webcast, as he isn’t currently allowed to travel to Canada. He incorporated a variety of cases crafted from his own experiences to show the contrast between rules and loopholes to prevent students from making the same mistakes.

“A loophole means you are technically following the rules, but you are getting around the principle of those rules. When they teach ethics in business schools, it tends to be about black and white scenarios. That’s not the difficult part of ethics in business. The difficult part is when you’re allowed to do things, but it may be misleading or fraudulent—the grey area,” said Fastow.

“The question is, when is it right and when is it wrong? If I had to sum it up, I’d say when everything is going well you get trophies, but when something at the company goes wrong and there’s a disaster, you get a criminal card. That’s the way the world works.”

Fastow understands his wrongdoings and takes full responsibility for the effects his actions have had on his own family, and others. Since his release, he has been speaking to universities to advise students to look at the business world through an ethical lens.

“We tend to give greater weight to the positive things and lesser weight to negative things. We overstate value and understate risk to the benefit of a company. I encourage you all to overcome this part of human nature in order to make calculated and ethical choices.” 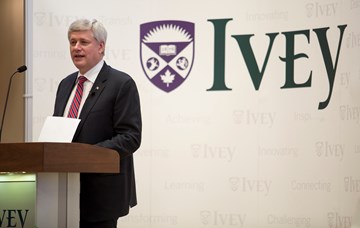 Stephen Harper: Trump, technology, and the state of world affairs 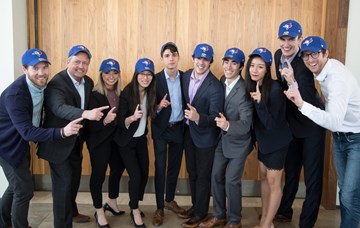 Re-imagining the Jays’ fan experience at the Deloitte Innovation Forum 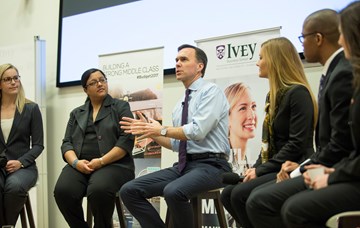