As the recent 2016 U.S. presidential election brought to light, a leader’s character matters. The candidates, Donald Trump (now U.S. President) and Hillary Clinton, were scrutinized as much for their character and personalities as for their priorities.

And rightly so. Research from Ivey Professors Mary Crossan and Gerard Seijts and Professor Emeritus Jeffrey Gandz from their book, Developing Leadership Character, shows that character matters as much as competencies; shapes how leaders carry themselves; and can be assessed, developed, and strengthened.

Here are some highlights:

Raiss faced a challenge early in her career while working in an engineering role in Michigan. The City of Detroit wanted to modernize its telecom assets and saw fibre optics as the most cost-effective solution. When Raiss’s assessment showed not every facility would be suited to that, it was suggested that she should fudge the numbers. She refused and told her boss they should recommend something else. Her argument won.

“I learned that I wouldn’t be comfortable if I didn’t do what I thought was the right thing to do and that was a good learning for me early in my career,” she said. “That was a defining moment for me because, from that moment forward, I could be who I was and feel good about it.”

Leader character is complex and shaped by many dimensions, such as your background and experience, but it can always be developed further. Wiswell said reflection; assessments; 360-degree feedback; and watching your peers, superiors, and subordinates can help you to develop your own unique character.

“In every situation where I’ve been exposed to leaders, I’ve learned something. I’ve learned what’s good, what behaviours to adopt or not to adopt. I’ve formed my own leader persona and character that I’ve developed over time because you’re continually learning in this area,” he said.

“How you behave and act in the job and what you do on a day-to-day basis represents the brand. Be aware of what’s important in the organization and what the value set is and represent that well.”

“The more I knew about myself and how people perceived me, the more I would be aware. Every night before I went to bed, for a short period of time – say five minutes – I’d think about the day, what I could have done better, and what I did well.”

“Listening is a critical skill. Allow this to be your competitive advantage.”

Business schools, boards, CEOs, executives, human resources teams, and individual employees all play a role in emphasizing the importance of leader character in the workplace. That’s why a focus on leader character needs to be embedded in organizational practices, such as hiring and performance evaluation processes.

“The reality is you have to have that discussion about both competencies and character. This is so fundamental and, if it doesn’t matter in organizations and all that is measured is numbers, the culture in the organization doesn’t support leader character,” said Wiswell. “At the grassroots level, you have to have a commitment to your employees to continue to improve and invest in this and it has to matter.”

And while driving change at an organization isn’t easy, at least you’ll have the power of numbers on your side. Fielding said he keeps three key numbers in mind:

“I always know that I have a statistical advantage of one in four, versus one in five, of being successful in bringing change to the workplace,” he said.

Read about how to embed leader character into HR practices 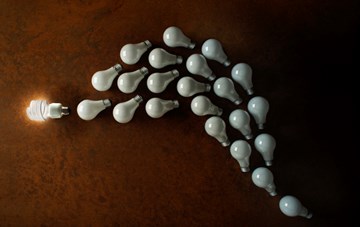 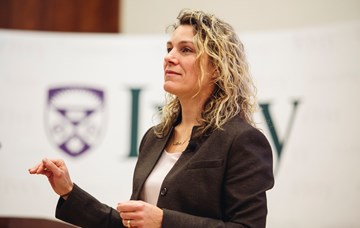 Growing for gold: Lessons from the Leader Character and Candour Conference 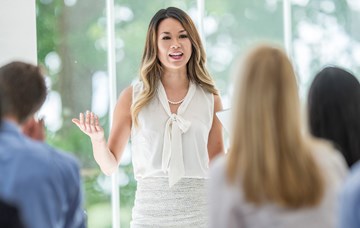 Character and competence essential in academia and beyond