For Dean Connor, HBA ’78, receiving the Ivey Business Leader Award might have felt familiar. After all, the accolades have been rolling in for the President and CEO of Sun Life Financial.

At a gala ceremony in February, he was honoured as Canada’s Outstanding CEO of the Year® for 2017. Less than a week later, Ivey announced he was its 2018 Business Leader of the Year for his leadership in business and the community.

Connor received the Ivey Business Leader Award at a black-tie celebration at The Ritz-Carlton in Toronto on November 1, which is also a fundraiser for the School. The event raised more than $340,000 in net proceeds for HBA and MBA student awards. Since inception, the Award has raised more than $5.2 million.

Connor has certainly made his mark in his current role. Under his leadership, the company launched a successful global business strategy that included a number of acquisitions. He is also known for his passion for enhancing the client experience. Prior to Sun Life Financial, he was at Mercer Human Resource Consulting, where he rose to be President for the Americas.

His accomplishments haven’t gone unnoticed. In addition to the Ivey Business Leader and Canada’s Outstanding CEO awards, he has been ranked one of the top 25 CEOs in Canada by Glassdoor for the past two years, and he made Twitter Canada’s list of top 40 executives in 2017. In 2014, he was named Top New CEO by Canadian Business magazine.

Connor recently shared insights from his 40-year career with HBA1s as the speaker for the Richard G. Ivey Speaker Series. 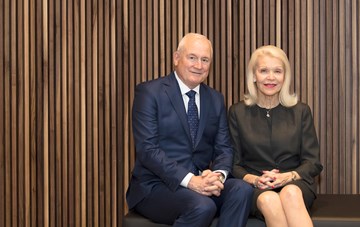 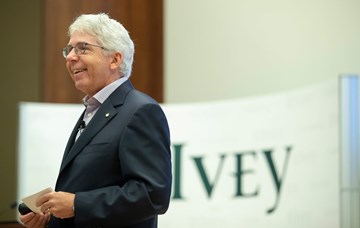 “You are the future”: Ivey alum Dean Connor shares advice with HBA1s 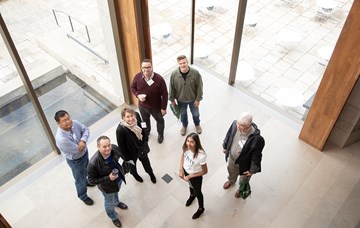