Ivey is proud to welcome six faculty members and one full-time appointment to campus! To help you get to know our new faculty, we asked each of them a list of questions about their academic – and personal – interests.

Brad recently completed a PhD in Economics from the University of British Columbia and worked as a research assistant. His research interests include applied micro-economics problems in the areas of regulation, anti-trust, corporate influence, and lobbying.

Brad previously worked in the computer games industry and was a teaching assistant at the Vancouver Film School.

My work provides empirical evidence on the strategies that corporations and other interest groups use to influence government policy. My most recent research shows that large corporations use donations to non-profits as a tool to amplify their messages to federal regulators during the notice and comment process for U.S. federal rulemaking.

I spent my early childhood on Quadra Island (one of the islands in BC between Vancouver Island and the mainland), and my high-school years in Edmonton. On Quadra, we had to drive half an hour on gravel roads to reach a grocery store, and I remember when we got our electricity hooked up. I have many fond memories of playing on beaches and in forests.

It sounds obvious, but the answer is surely my parents, who shaped many of my interests and values.

I worked in the video game industry for a few years after high school. I enjoyed the creativity and teamwork, but eventually I realized that I was more interested in solving real-world problems than making entertainment products. I decided to go back to school and quickly settled on the goal of becoming an economist. I have always been interested in social science, and there is overlap between game design and economics that made it a natural fit.

Spend time with my kids.

I’m credited as the lead designer on a children’s video game for the Nintendo Wii. (To be fair, the credit wasn’t entirely deserved.)

The Efficient Society by Joseph Heath. It’s a great introduction to how economists think about markets and government intervention. I read it when I was young and it and helped start my path towards studying economics. 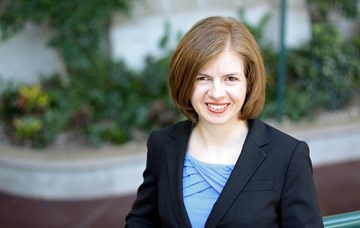