Today is Bell Let's Talk Day, a unique 24-hour campaign that has raised both awareness of and funding for mental health in Canada.

Since that time, the campaign has been recognized with the 2018 Canadian Screen Awards Humanitarian Award, attracted high-profile ambassadors such as Olympic cyclist and speed skater Clara Hughes, and Canadian comedian and actress Jessica Holmes, and raised more than $100 million for mental health initiatives. It’s also the largest-ever corporate commitment to Canadian mental health. In 2014, Cope was appointed to the Order of Canada for his leadership in corporate social responsibility, particularly in the area of mental health.

In the past, Cope has spoken with Ivey about his inspiration and vision for Bell Let’s Talk.

Here are our top three quotes from him:

Changing the mindset – and the outcomes

“Stigma is the reason that two-thirds of people with mental health issues don’t get the help they need, and changing that reality was the first step in making progress.”

“When influencers like Anderson Cooper, Ellen DeGeneres and even the Royal Family are talking about a made-in-Canada mental health program, you know you’ve got people’s attention.”

“I see international engagement in Bell Let’s Talk continuing to grow, which I think reflects a universal desire for progress in mental health everywhere. I also think we’ll see continued progress in government engagement and action ... Will we take the Bell Let’s Talk program even further now that we’re set to achieve our $100 million objective? As I said, the need is still there. Stay tuned!” 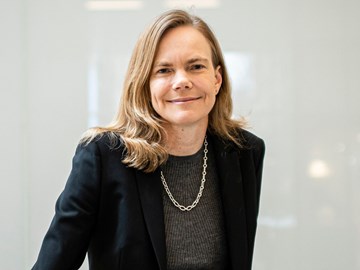