While the killing of George Floyd represented a flashpoint leading to a summer of protests, unrest and calls for social change, for years prior scholar Ibram X. Kendi had been exhaustively documenting, writing and thinking about systemic racism. Considered one of the world’s most influential academics, Kendi has authored several books including Stamped from the Beginning: The Definitive History of Racist Ideas in America, and How to be an Antiracist which was described in the New York Times as “the most courageous book to date on the problem of race in the Western mind.”

In a special session for Ivey students sponsored by the Ian O. Ihnatowycz Institute for Leadership, Kendi took live questions exploring the deep history and often uncomfortable topic of racism in North America. The foundation of Kendi’s thoughts are rooted in the understanding that the opposite of racist isn’t ‘not racist’, it is ‘antiracist.’ What's the difference? Being racist means that one endorses (even unconsciously) the idea of racial hierarchy, believes problems are rooted in groups of people, and allows racial inequities to persevere. When one is being anti-racist, they believe in racial equality, locate the roots of problems in power and policies, and actively confront racial inequities. Additionally, Kendi seeks to “return the word ‘racist’ itself back to its proper usage” where it is no longer used as a pejorative or slur cast upon someone’s identity, but rather to be used as a description of a behaviour within a moment in time. In his book How to be an Antiracist, he asserts that “racist and antiracist are not fixed identities. We can be racist one minute and antiracist the next. What we say about race, what we do about race, in each moment, determines what—not who—we are."

For an engaging hour, Kendi tackled a number of important themes surrounding equity, diversity, and inclusion. By exploring these themes through the lens of behaviours, it connects anti-racist (and other) actions to leader character. For character is not a subjective, amorphous entity but manifests as a set of observable behaviours. Thus, ultimately, we must ask ourselves if our character and corresponding behaviours contribute to or detract from creating anti-racist cultures that embrace equity, diversity and inclusion? Professor Kendi explored this throughout the session.

A call for empathy

It is common for individuals and groups who are fighting against racial violence and racial policies (or any social injustice) to face resistance. But rather than offering them advice on how to remain resilient, Kendi was quick to question the humanity and the empathy of those who are unsupportive of their efforts. To illustrate how this reflects a weakness in this dimension of character, Kendi used the analogy of a hurt individual showing up to a hospital and being told by those who have the power and ability to offer care that “you don’t need healing” or it is not their time to receive care. Rather than engaging their humanity and empathizing with the person in pain, such people remained focused on their own feelings, position, and what is best for them. “Ultimately it's going to take other folks to organize and to support that person who is in agony outside of the emergency room. It's really going to take us. We can't just sit around and wait for somebody to let that person in. We have to come to that person's aid by organizing with them together.”

When asked how those in a majority or privileged group can be true allies, Kendi suggests to become advocates instead. An ally is someone who is associated with another through a common cause, but an advocate is someone who actively supports or defends. However, to be a true advocate on race, it is important that we have the humility to constantly learn and reflect upon our own biases and racist beliefs. Kendi highlighted that “with anything that we are seriously attempting in life … one of the things we tend to do is read up on it to gain a better understanding of it.”

When trying to open the door to conversations on race with friends or family who might not yet be of a mind to discuss it or are versed on the issue, Kendi suggested we begin by asking questions about their opinions and ideas— not to criticize or judge, but to understand what has shaped their current beliefs. This preparatory work helps to build trust so you can enter into a deeper conversation. He then suggested that, if possible, offer to read a book or article on the subject together and then talk it over. “During that conversation, I would suggest for you to be extremely vulnerable, for you to talk about what you learned; for you to talk about the ways you didn't realize you were being racist and not to say anything about them…what you want to do is model that [introspection and humility] for them so, over time, they can begin to potentially do that too.”

Kendi also talked about pain and healing. There will often be times, not only in relation to race but in life in general, when we unintentionally hurt someone. In these instances, we need to take accountability for what we have said or done, rather than trying to defend ourselves by suggesting we didn’t mean any harm—we need to just own up to it. “It doesn’t matter what we intended, what matters is we said something that was offensive to people, and we should just stop there and acknowledge it and be better,” Kendi said. It is important to remember, as Kim Scott, the author of Radical Candor has captured it, that your words are “measured not at your mouth but at the other person's ear.”

Driving the fight against gradualism

Among the most interesting parts of the conversation with Kendi was a question about the generational divide between an establishment that is desperate to cling to the idea of slow, gradual change - and a youth fired up and impatient for radical overhaul. Kendi made it clear that promoting policies that advocate for gradual change have not aged well throughout history. For instance, he cited both the fight for emancipation and the abolishment of the Jim Crow laws as two policies where there was an argument for a gradual process to be used rather than their immediate elimination. At the time, the gradual process might have seemed more practical, but the fact is that no one should be told by another that they have to wait on their freedom—most especially to make the process of not oppressing others more palatable for the oppressors.

Kendi also encouraged students not only to take up the torch of radical change now, but to maintain their drive for justice throughout their lifetime. “Don’t age out of your cause. Just because you grow older, doesn't necessarily mean that you can't continue to attack these problems at the very roots.”

Transcendence: Looking to the future

Truly good leaders understand the importance of embracing the power and value in people’s differences, and to cultivate that perspective in those around them.  Truly good leaders know how to set the tone and the standard for the kind of inclusive culture they seek to create.  If we can begin to generate a common, informed understanding of anti-racism and what a true culture of equity, diversity, and inclusion looks and feels like, it will not only deepen and accelerate our efforts and enhance the Ivey experience for all our students – but also create better citizens, better leaders, better organizations and, yes, a better Canada. 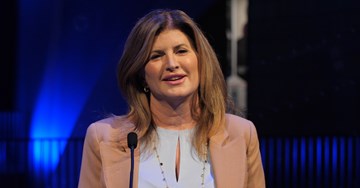 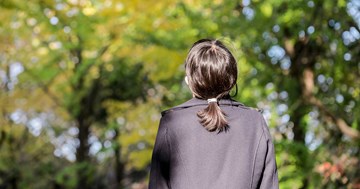 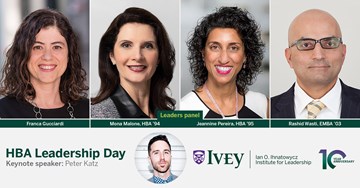