Ivey welcomes 12 new faculty members to campus! To help you get to know our new colleagues, we asked each of them a list of questions about their academic – and personal – interests.

Get to know: Christian Dippel

Christian Dippel comes to Ivey as an Associate Professor, Business, Economics and Public Policy, from UCLA’s Anderson School of Management, where he has taught for the past decade. His research lies at the intersection of political economy and economic history and he also has expertise in the economic development of Native American reservations in the U.S. and First Nations reserves in Canada. He’s also an avid traveller and enjoys doing sports and outdoor activities.

What is the most important thing business executives can learn from your research/area of expertise?

My expertise spans three broad topics: Political macro risk, including voting behaviour and populism; sovereign debt, particularly underfunded public sector pensions; and the economic development of Indigenous communities, with an emphasis on the legacies of colonialism.

My research applies a political economy perspective (i.e. most economic outcomes are determined by politics, culture, institutions, and social psychology) to all of these questions.

Where did you grow up and what was it like there?

I grew up in Frankfurt, Germany. There is lots of soccer, sauerkraut, and beer, but it’s a very international little town. Germany has a reputation for being super-efficient and there is a real element of that in how things run, but there is also a strangely masochistic streak that runs through the culture, and Germans are prone to engaging in net-negative policy experiments. It has been interesting seeing this tendency become more common across the West.

Who have been your strongest influences in life?

On the personal side, my grandma, who used to tell me stories about her life as a young woman to teach me the fragility of liberty and the seductive powers of groupthink and authoritarianism. I was also influenced by my mother, who taught me to work hard; my father, who taught me to look at the big picture; and my wife, who taught me how to put it all together.

What led you to your career?

When I entered college, I was drawn to the study of politics and history, but I went for economics because it offered a more tangible skill set. Being from Frankfurt, I did a couple of investment banking internships during my undergraduate degree and at some stage my natural path appeared to be a career in finance. In my last year of my undergraduate, I was an exchange student at the University of Toronto and towards the end of that I met my now wife. Suddenly, I needed a way to stay in Toronto and, luckily, the University of Toronto accepted me into the doctoral stream of its Masters program on short notice. And, just like that, I found myself on the academic career path. My PhD course work specialization was in global macro (trade and finance), but once I started doing my own research, I found myself gravitating back to studying politics and history, now revamped in econ lingo as political economy and economic history.  Being a professor at a business school has afforded me one of the great privileges of our profession, which is that I get to pursue two careers under one shared umbrella: a research career and a separate teaching career that is mostly focused on global macro. The two are slowly merging, but this is still a work in progress.

What do you like to do when you’re not working?

My kids are coming to an age where they really challenge me physically with activities such as skiing, soccer, and hockey. I expect I have about five to 10 years left before doing this stuff together becomes an act of charity on their part so I try to squeeze out what I can.

Research is mostly about directing concentrated beams of knowledge on very narrow topics. This creates the incentives for researchers to study individual trees in great detail, but it can come at the cost of not having time to see the forest. It’s a difficult trade-off, but I try to read broadly to help me better triangulate on understanding the forest.

What might someone be surprised to know about you?

In the last 15 months, my family and I travelled far and wide across America, taking multiple road-trips across more than 20 states. I’ve long believed in the merits of decentralization and federalism, but federalism took on an almost surreal quality during this time as different states inhabited totally alternate realities. Zipping in and out of the matrix at the push of a gas pedal felt like a superpower. It was one of the most eye-opening experiences I have had.

What is the most played song on your playlist as of now?

British invasion and Drum and Bass for road trips, German and French Hip Hop for sports. For work, I have a large selection of folk music from all over the world that I listen to for the good vibes and for not understanding the lyrics. If that doesn’t do the trick, it’s back to Bach and Beethoven.

What podcasts do you enjoy?

From exotic soup to friendships with bears, political/global macro risk is about which narratives are on the ascendancy. I therefore allocate one-third of my media consumption on either side of the Overton window and the final third inside it. Good podcasts that dance around the window frame are Reason, TRIGGERnometry, UnHerd, CSPI, Uncommon Knowledge, and The Glenn Show when it’s with John McWhorter. Podcasts aside, substack has been the most exciting innovation in our information landscape.

What book would you recommend to others? On the personal side?

Moral certainty has had a great 2020/21. The Righteous Mind by Jonathan Haidt, an NYU Stern School of Business professor, offers a great toolkit for understanding where it comes from. Another social psychology book, False Alarm, by another NYU Stern professor, Marc Siegel, is really useful for understanding fear and public safety messaging. My grandma used to tell me stories about this, but I didn’t fully understand those stories until recently, and really until I read that book. Individual liberty has had a less-stellar 2020/21, and Ryszard Legutko's The Cunning of Freedom is a nuanced discussion of the different and often conflicting philosophical foundations of individual liberty. My last recommendation is Matthew Crawford’s The World Beyond Your Head. In the last two decades, behavioural economics, and social and evolutionary psychology have created a detailed understanding of humans as moist robots. If hacking the moist robot had its own SIC code, it would likely be the biggest industry in the world now, and the medium-term societal consequences of this may end up pretty ugly. Crawford’s book is an attempt at offering remedies.

On the business side?

On the business side, three great binaries will shape the global business landscape over the next 15 years, Vigna and Casey's The Truth Machine, Graham Alison’s Destined for War, and Acemoglu and Robinson’s The Narrow Corridor each explore one of them in insightful ways. 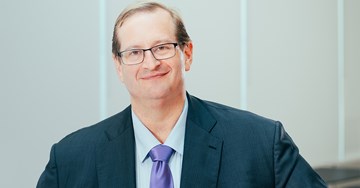 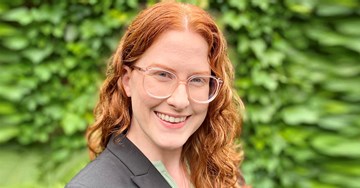 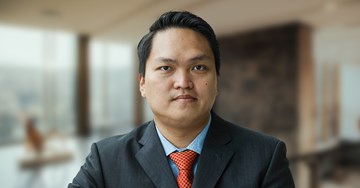