For Alanna La Rose, MBA ’21 candidate, receiving Ivey’s MBA Indigenous Entrance Scholarship was both an honour and a call to action.

It signalled to her that there is work to do to support Indigenous business leaders, and Indigenous youth to access advanced education opportunities.

“I feel honoured, but I also feel that it comes with the sanctity of giving back – of continuing it,” said La Rose. “I haven’t had to struggle in the same way that those with intergenerational trauma have, so I have to work even harder to make sure their voices are amplified and they are given these opportunities. There is work to do to bring more Indigenous voices to Ivey and to the Canadian business economy.”

Ivey offers scholarships of up to $10,000 for applicants who self-identify as Indigenous in each of the AMBA, EMBA, MBA, MMA, and MSc programs. There are five scholarships available per program. Applicants must submit a 500-word essay. Ivey’s HBA Program has its own admission award – the Kenneth R. Good Family Indigenous Student Award. Ivey works with Western University’s Indigenous Initiatives office to review applicants.

La Rose’s application highlighted her work with the Stoney Nakoda Nation in Morley, Alta. prior to coming to Ivey. While doing her Master of Architecture at the University of Calgary, she worked on a project to create a comprehensive framework for the development of an Indigenous Peoples Centre to offer community support and promote First Nations culture. Representatives from the Aboriginal Friendship Centre of Calgary, and a Bearspaw Elder from Stoney Nakoda Nation, consulted with the students on the project. In addition, La Rose worked to promote cultural awareness among non-Indigenous people within the Treaty 7 area, including educational talks and sharing traditional practices.

These experiences sparked an interest to explore her own identity.

La Rose is Métis and Nakhóta, and grew up in Boyle, Alta., a tiny village located near the Buffalo Lake Métis Settlement. But she admitted, like many Indigenous people, she was disconnected from her community until an Elder taught her about the colonial history and culture of the Stoney Nakoda (Iyarhe Nakoda), even inviting her to participate in sweat ceremonies. During an early ceremony, her rattle broke, which La Rose said is a bad omen, and ironically her project masters partner dropped out of the architecture program meaning she would have to complete the program solo. The Elder made her a new rattle as a gift after she completed her final presentation for the program.

“I was really lucky because [the Elder] was able to take me by the hand and allow me to learn about the history, and about myself. It is an amazing and beautiful culture,” she said. “Every band – every nation – has its own unique story and identity. And what’s really important is we have to realize that, through these stories, come unique intelligence and skills.”

While learning about Indigenous Nations, La Rose said she was inspired by many talented Indigenous leaders. One is Jenn Harper, founder of Cheekbone Beauty, a cosmetics company that reinvests profits into the community by supporting the First Nations Child and Family Caring Society. Another is Shayla Stonechild, founder of the Matriarch Movement, which strives to amplify Indigenous voices through story, meditation, movement, and medicine. La Rose said she also admires Ashley Callingbull-Burnham, an activist and motivational speaker who was the first Indigenous woman in Canada to win the Mrs. Universe title. She is further inspired by Nina Wilson, Sheelah McLean, Sylvia McAdam, and Jessica Gordon, the women behind the Idle No More movement. Idle No More activists led to the National Inquiry into Missing and Murdered Indigenous Women and Girls that confirmed what La Rose said many Indigenous people across Canada have known, that persistent and deliberate human and Indigenous rights violations and abuses are the root cause behind Canada’s staggering rates of violence against Indigenous women, girls, and 2SLGBTQQIA people.

La Rose said it’s important to showcase such leaders to inspire others and celebrate their impact.

“There are such strong, amazing, talented people who will change the world. The leaders are within the communities,” she said. “The more you see that representation, the more you believe that you can do it. And people need to tell you that you can do it. That is so important. The voices are there. It is up to all of us to listen."

Giving back to community

La Rose has made it her mission to help Indigenous youth find out about education and business funding support.

“There are a lot of scholarships and awards, but I wonder how often do people know where or how to get them? I believe in the power of Indigenous business and Indigenous youth. I want to dedicate my life to making those connections,” she said. “If I can at least be someone who supports Indigenous communities that have given me back my identity, that is something I will dedicate my life to. I believe in the power that resides in these communities.”

Once she finishes her MBA, La Rose said she’d like to return to Morley to speak with Indigenous youth about the opportunities at Ivey. She said she’d also like to write the Indigenous-centred business case studies to add to Ivey’s curriculum and integrate the Truth and Reconciliation Commission’s Calls to Action regarding the education of business leaders on Canada’s history with First Nations. In June, she will begin a Consultant role with RBC STS. She said she’s excited to work with RBC because of the company’s support of Indigenous business and wants to continue the momentum.

“I think Canada is starting to realize, through movements like Idle No More and Black Lives Matter, that there are people who have a strong voice and different experiences, backgrounds, skills, and ways of looking at things that are vital to Canada moving forward,” she said. “It’s going to take time to get there, but if I can help – if I can be a part of that and bring in other people, that would be my dream.” 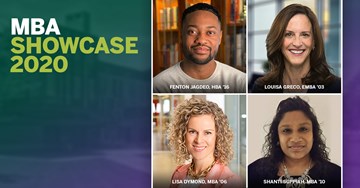 Ivey collaborates with ICON to increase BIPOC representation in business 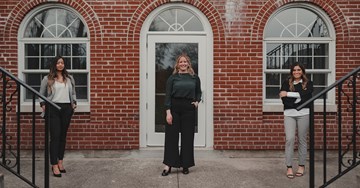