Beamish is a professor of International Business and the Director of Ivey’s International Business Institute. Well-known as a prolific academic researcher, Beamish has also published 150 business cases, each with teaching notes. Some 100 of his cases have been translated into one or more languages, and over 3.5 million copies of his cases have been studied worldwide.

He has been Ivey’s bestselling case author since 2001 with 17 bestsellers and has won awards from EFMD, the Administrative Sciences Association of Canada (ASAC) and The Case Centre.

Ruth Bender, Chair of The Case Centre’s executive committee, commented: “This award reflects Paul’s decades of commitment to the case method. He is an outstanding case teacher and writer who has dedicated his career to passing these skills on to colleagues around the world. We were also impressed with his work to improve access to quality case materials in developing countries. The committee is delighted to give this award to Paul, a deserving individual who has made a big impact worldwide with his case work.”

Beamish joined Ivey’s faculty in 1987, and served as head of Ivey Publishing until 2016, where today, he still acts as Editorial Director.

Beamish has spent his career elevating case-writing and case teaching on a world scale. Highlights include fostering a partnership with the Indian School of Business, overseeing an active program that produced hundreds of local cases related to India. Beamish’s case work has taken him around the globe to China, Hong Kong, Japan, Korea, Malaysia, Singapore, Taiwan, Barbados, Jamaica, South Africa, Kenya, Mexico, Lebanon, across Europe and most recently to Australia with Bond University. This includes co-editing two series of casebooks totalling 32 volumes published in Chinese by Tsinghua University Press.

Perhaps closest to his heart though, is the founding of the 39 Country Initiative at Ivey in 2010. This initiative seeks to reduce poverty by improving the quality of business education in the world’s poorest 39 countries. Ivey makes cases available to business schools in 34 African countries, including 7,000 digital Ivey cases available free of charge. To date, over 2,000 professors within the 39 countries have registered for access, and hundreds of thousands of copies of cases have been used for free by their students. Beamish provides further support helping to organize case teaching and case writing workshops in both English and French in the 39 countries.

“Winning this award reinforces decades of efforts to broaden awareness of, and access to, high-quality decision-oriented teaching material which reflects the practice of management,” said Beamish. “Of all my case related activities, the most far-reaching is the 39 Country Initiative. It allows Ivey cases to be used for free within universities in the world’s poorest countries. I only wish I had started it earlier than 2010.”

“Paul’s contribution and dedication to Ivey and case method teaching is awe-inspiring,” said Sharon Hodgson, Dean, Ivey Business School. “His work will serve as an example of excellence for scholars for generations to come.”

Beamish is also a Fellow of the Royal Society of Canada, and former Dean of the Fellows of the Academy of International Business.

Learn more about the 39 Country Initiative 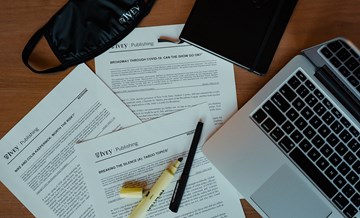 Celebrating the power of cases 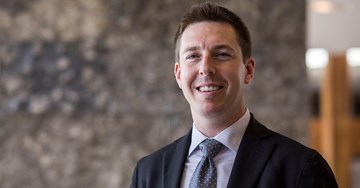 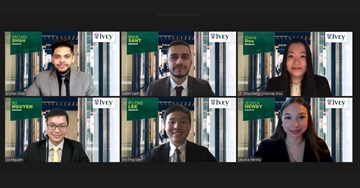