A bold business strategy isn’t the only tool for disrupting the industry. For Kyle MacDonald, HBA ’82, confidence was a huge factor in her success. In 1987, MacDonald founded Phoenix Interactive Design Inc., a company that revolutionized the self-service banking industry on an international scale by developing the first intelligent automated teller machine (ATM) software. All at a time when women rarely started companies. The trailblazing entrepreneur was one of eight Southwestern Ontario women leaders who was recognized at the YMCA Women of Excellence virtual gala on May 19. The awards are given out every two years to leaders in fields such as sports, fitness, and recreation; business and professions; and arts, culture, education, and training. MacDonald won in the entrepreneurs category. The award is co-sponsored by the Ivey Business School and the Schulich School of Medicine & Dentistry.

In her video message at the event, MacDonald said believing in herself and having supporters helped her to make her mark in the male-dominated tech industry.

“I think young women today, and young men, too, by the way, need to surround themselves with people that believe in them and will help them with their self-confidence – help them pick themselves up when things don’t go perfectly well,” she said. “I had to use other people and other people’s support to believe that I could scale a business up to a global level, and we have those talented people here in Canada. I hope that young people will see that and be tough enough and reach for those big, big goals because they can be achieved.”

MacDonald was cited for shattering barriers in the tech industry, advocating for the success of women, and for her commitment as a mentor and employer.

In addition to her business achievements, MacDonald has given back to the community in numerous ways. She has established scholarships for women at Western University and been a sponsor for the BresciaLEAD awards program. She has also donated to the St. Joseph’s Hospital Foundation to support veterans residing at Parkwood Hospital and to further research in post-traumatic stress disorder. She currently serves as a member of the Ivey Advisory Board.

“Kyle is passionate about giving back, and a strong advocate for women in higher education and in business. She has generously established numerous scholarships and is shaping entrepreneurship in our community and leadership across our country,” Ivey Dean Sharon Hodgson said via a video address at the event. “Visionary, disrupter, philanthropist, and highly successful entrepreneur – Kyle is an inspiring role model.”

Her entrepreneurial leadership has been recognized in many ways. She has twice been honoured with the prestigious RBC Women Entrepreneur of the Year award and London Chamber Business Achievement Awards. 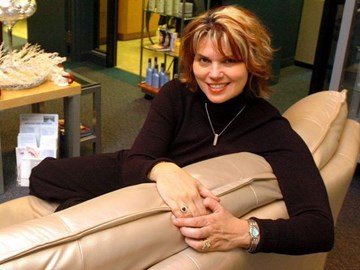 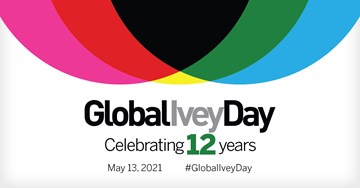 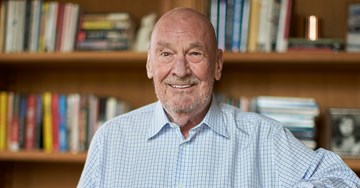