At a time when the economy is reeling, the COVID-19 pandemic has had a counterintuitive impact on some investments, causing them to rise in popularity. A case in point is the recent surge in special purpose acquisition companies (SPACs), which allow companies to raise money from investors for the purpose of acquiring another company. In the last year alone, approximately 500 SPACs have gone public in the U.S., and a few in other countries around the world. But why are SPACs suddenly so popular, and are they here to stay?

For the 2021 Arkadi Kuhlmann Lecture Series in Finance, Jay Ritter,  a University of Florida Finance Professor who is widely regarded as the leading scholar studying initial public offerings (IPOs), discussed the growth of SPACs, their advantages, and whether their popularity is sustainable.

The livestream event was moderated by Craig Dunbar, an Associate Professor of Finance and holder of the Tangerine Chair in Finance.

Watch a recording of the presentation above.

Here are a few takeaways:

Canadian investors may be familiar with the TSX Venture Exchange’s Capital Pool Company (CPC) program, which also involves a newly created shell company raising money through an initial public offering (IPO), and SPACs are modelled after Canadian Capital Pools (CPCs). Ritter said the main difference between them is size. CPCs are capped at $10 million, and this was only recently raised, so he said most CPCs are looking for a small company to merge with.  In contrast, U.S. SPACs typically raise $200-300 million, and he said there are frequently co-investments that might add another $100-$200 million. So Ritter said SPACs are looking to merge with an operating company that can handle an infusion of $100-$500 million in cash without wasting it, which means that it had a pre-money value of $1 billion or so.

“Most SPACs are looking for a unicorn to merge with, but the structure of SPACs continues to evolve,” he said.

Whether it was U.S. spaceflight company Virgin Galactic, or would-be electric vehicle pioneer Nikola Motor Company, plenty of prominent companies have gone public through SPACS, which Ritter said has fueled investor interest. Many are run by well-known investors who bring substantial amounts of capital and experience to the SPAC. Ritter said SPAC IPO volume quadrupled between 2019 and 2020, and the first three months of 2021 saw another quadrupling.

“I think the main factor in this exponential rise was that several high-profile mergers did very well, producing high returns for investors. Money tends to chase past returns,” he said.

The SPAC boom is not sustainable

While 2020 might have been the year of the SPAC, Ritter said the unprecedented spike will likely not continue this year. Already things have started to slow down. For instance, the Defiance Next Gen SPAC-derived ETF, which tracks the stock price performance of SPACs and companies derived from SPACs, has declined more than 39 per cent from its peak on February 16, 2021. Ritter said the decline may be a result of too many SPACs in the market, noting there are currently more than 400 SPACs searching for a private company to merge with in the $500 million to $2 billion valuation range.

“The volume of new SPACs in the last year has been unsustainable. SPACs have been around for a long time, but I don’t think that we will ever again see the number of SPAC IPOs that we saw in the last year,” he said.

And although some people have likened the SPAC boom to the 1990s dotcom bubble, Ritter stops short of calling it a bubble.

“Prices have come down, but overall I don’t think that they went so high as to be unambiguously called a bubble,” he said.

SPACs are here for the long term

Despite the potential decline in SPACs, Ritter said they can still be an attractive option for retail investors, as long as they are selective. Although SPACs can be more expensive than traditional IPOs, they offer the advantage of high returns with little risk.

“I have roughly a dozen SPACs that went public in the last six months in my portfolio. At current prices, they offer modest upside potential with minimal downside risk,” he said.

So while SPACs are unlikely to replace traditional IPOs, he said the two models will likely continue to co-exist.

The Arkadi Kuhlmann Lecture Series in Finance honours Arkadi Kuhlmann, HBA '71, MBA '72, LLD '10, and aims to bring speakers with thought-provoking and practical information about the world of finance. 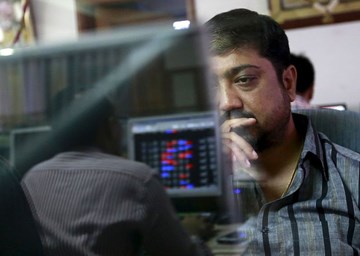 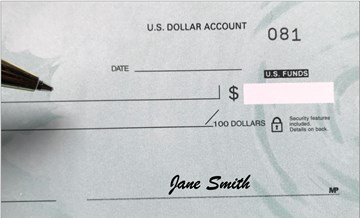 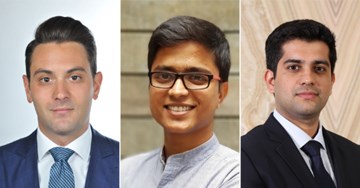 Stock picking competition attracts teams from around the world