When former Ivey Professor Michael King and alumnus Richard Nesbitt, HBA ’78, teamed up in 2017 to organize a future of banking conference, they didn’t know where this collaboration would take them. But having spent long careers in the industry, they recognized that the financial services industry was being transformed in fundamental ways and the best way to find out why was to ask industry experts.

That event was the genesis for their recent book, The Technological Revolution in Financial Services: How Banks, Fintechs, and Customers Win Together. This edited volume provides a roadmap on how the financial industry is evolving in response to disruption from financial technologies (Fintech), heightened regulation, and demographic changes.

“These structural forces have reduced barriers to entry in financial services, increasing competition from entrepreneurial startups, mature Fintechs, and non-financial technology companies,” said King in a recent webinar, Capitalizing on the Digital Financial Revolution: Opportunities, Risks and Policy Imperatives. The event was hosted by Ivey’s Scotiabank Digital Banking Lab and the Lawrence National Centre for Policy and Management.

“Ultimately, customers will have a better experience, with faster and more convenient access to innovative financial services at a lower cost,” he said.

The conversation was moderated by Michelle Beyo, CEO and Founder of FINAVATOR, and a board member at the not-for-profit Open Banking Initiative Canada (OBIC). Beyo sat down with King, who is now the Lansdowne Chair in Finance at University of Victoria’s Gustavson School of Business, to explore Canada’s financial services ecosystem and key findings from his book. Here are some takeaways.

As new entrants move into financial services, traditional players such as banks, insurance companies, and asset managers are facing steep competition. The biggest threat is coming from technology companies such as Amazon, Apple, Facebook, Google, and Shopify.

“These technology companies have lots of data on their platforms and use artificial intelligence to understand customers’ needs and anticipate their preferences,” said King. “This is a real sea change in financial services and it’s going to continue in the coming decade.”

But digital innovation in financial services needs to be balanced with regulatory requirements.

“Regulation is important for protecting consumers and should be applied to all players to establish a level playing field and avoid arbitrage,” said King.

Despite growing competition, however, King predicts that the traditional players will continue to dominate financial services, but stresses that the most successful incumbents will be those that partner with Fintechs to provide innovative services.

The conversation also outlined some of the new initiatives on the horizon. Here are a few examples.

Open banking, or consumer-directed finance, allows customers to share their financial data securely with trusted third parties to get a better understanding of personal finances and access to new financial products and services. Canada does not have open banking. Instead, more than five million Canadians are resorting to disclosing their user names and passwords to third parties who use a technique called screen scraping to collect the customer’s data. This arrangement puts consumers at risk, King said, but they do it because they need help with their finances – a major source of stress for many households. Both King and Beyo noted that forward-looking jurisdictions such as the U.K. and Europe have already passed open banking legislation, and while Canada began consultation on open banking in 2018, legislative progress has been slow. Beyo stressed the critical next step to drive open banking in Canada is for the ecosystem to work together and for the Canadian government to appoint an Open Banking Lead as soon as possible to strive toward accomplishing the roadmap proposed in the August 4 Final Report by the Advisory Committee on Open Banking.

Another major initiative is the modernization of Canada’s payments systems – a long-overdue upgrade that will bring its financial infrastructure up to the level of other developed countries. Canada’s two aging systems (LVTS, ACSS) are being replaced: last month a new high-value payments system named LYNX went live; and next year a new real-time payments system called RTR will allow payments to be processed 24 hours per day/seven days a week /365 days per year. These vital improvements will support Canada’s financial system for decades to come, allowing many digital innovations that will benefit Canadians.

Decentralized finance (DeFi ) is the term that describes financial applications built on distributed ledger technologies, called dapps, which run over the internet. Dapps are protected using the same blockchain technology as Bitcoin and execute pre-specified transactions automatically using a computer program called a smart contract. The goal of DeFi is to allow secure peer-to-peer transactions without a traditional financial intermediary. And while some governments eye it warily, King said DeFi is here to stay and will offer a competing financial infrastructure for payments, exchanges and over-the-counter trading in stocks, bonds, and derivatives.

“Decentralized finance is moving steadily and growing, but will exist in parallel, not replace the existing financial system,” he said.

Another development is Central Bank Digital Currency (CBDC), which is a digital form of fiat currencies, such as the Canadian dollar or Japanese yen, that is issued and controlled by a central bank. The CBDC is the government’s response to cryptocurrencies, which are designed to allow peer-to-peer transfers of value with the need for a trusted intermediary.

“The Bank of Canada has been exploring and prototyping its own digital currency. A digital version of the Canadian dollar will address many of the use cases for rapid payments in small or large amounts, using distributed ledgers as opposed to the traditional financial infrastructure,” said King.

The speakers noted that as the digital economy grows, cybersecurity threats, data privacy, and regulatory gaps have become a major concern. According to King, creating a national digital identity system should be a priority to protect Canadians from identity theft, hacking, and other cyber threats.

“The challenge – and opportunity – is to protect people’s data and privacy,” he said. “We argue that incumbent banks already have the data and relationships so they should become custodians of people’s digital identity and help them to navigate this world.”

What is the outlook for Canada?

Stability has been the cornerstone of Canada’s financial sector. But when it comes to Fintech innovations, the speakers observed that Canada was trailing behind the U.K., Australia, Hong Kong, and Singapore, which created national strategies to promote Fintech.

In the recent election, politicians across the spectrum highlighted the need for promoting financial innovations. However, both King and Beyo stressed that while continued dialogue within the public policy space is important, concrete action is needed to move the needle forward.

“We have seen a structural change in consumer behaviour,” King said, “And what we have learned, we are not going to unlearn. The technological revolution in financial services is happening. Canada needs to get onboard.” 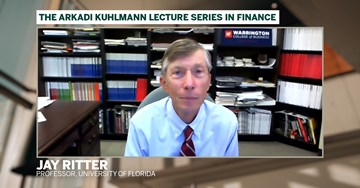 Will the surge in special purpose acquisition companies last? 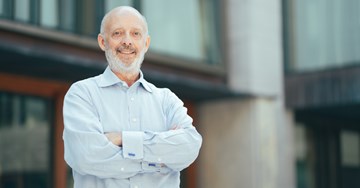 New book: In Pursuit of the Perfect Portfolio 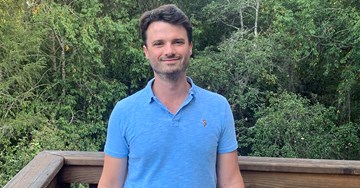