As climate change continues to exacerbate global food insecurity, there’s an urgent need for agrivoltaics, a practice where crops are grown under solar panels so the land simultaneously produces food and clean energy.

Acknowledging that Canada is a hotbed for agriculture, Brandon Schaufele, an associate professor of Business, Economics and Public Policy and director of the Ivey Energy Centre, said the country hasn’t done the best job of integrating renewables into the agricultural value chain.

Citing that greenhouse gas emissions from growing food alone match the emission reduction targets outlined in the Paris Agreement, Energy Consultant Claude Mindorff, the event’s keynote speaker, said there’s a dire need to transition farming to low-carbon technologies. Mindorff is director of development at PACE Canada LP, a global solar development and investment company that is currently building a solar farm in central Alberta and has proposed plans for a second one in the area.

“This is not wishful thinking – the technology already exists. We can literally take the components off the shelf and make this happen,” he said. “The opportunity exists and it’s an urgent opportunity.”

Mindorff discussed the benefits of agrivoltaics, which he described as a hybrid agricultural system that maximizes land use and reduces water consumption while providing clean and affordable energy. Among the benefits is the potential to increase crop yields, while reducing water and fertilizer requirements as well as provide growers with additional income generated through selling solar electricity.

Mindorff said early agrivoltaics research shows that converting just four per cent of Canada’s farmland to agrivoltaics can supply the country’s electricity needs while creating a sustainable long-term food system for its entire population. He said this is especially important given that 5.8 million Canadians are food insecure, especially in Alberta and Northern Canada. It would also allow Canada to export more food to other parts of the world, particularly areas where extreme weather events, such as California’s record-breaking droughts, are taking farmland out of production at a time when it’s needed most.

“We can’t buy more land so we have to do better with the land we have,” he said. “And we don’t have to cover every acre, we can strategically plan this.”

During a panel on energy and agriculture, Patrick Gossage, Managing Partner of First Green Energy Ltd., an energy and sustainability advisory business, discussed the potential for agrivoltaics to reduce weather-related crop damage. He said certain crops; such as broccoli, basil, ginseng, and long-cane raspberries; have been shown to thrive when grown in the partial shade of solar panels.

“With climate change, there is an increasing concern about crop failure so for all crops, having some limited protection from crop burn is useful,” he said. “I’m excited to get this conversation going and see what we can make happen as an industry that I really believe is the win-win-win that we’ve been searching for.”

Jeremy Dresner, founder and manager of Energy Redesign, a company focused on solar project development, told how agrivoltaics’ ability to reduce water use in agriculture is particularly important in the Okanagan region of British Columbia where he is based due to the area’s propensity for wildfires.

“You either have water for the fire service, or for irrigating crops, or for drinking, but not all three at once. We’re not seeing people go thirsty, but one of those elements is always missing,” he said.

Currently working on an agrivoltaics project on Indigenous land, Dresner discussed how agrivoltaic farming can help to regenerate the salmon population and grow berries in desert climates, therefore preserving some traditional elements that are important to the region’s Indigenous people.

Calling agrivoltaics the next stage of agricultural adaption, Robert Sinclair, president of EnerStrat Canada, an advisory firm focused on the integration of distributed energy resources, said society has come full circle in relation to climate change.

“For 100,000 years, humans adapted to the environment and climate change and then about 300 years ago, we discovered through the evolution of technology that we can adapt the environment and the climate to some degree to us,” he said. “I think we’ve realized that it was like stretching an elastic band and that elastic band has gotten to its tightest point and now we again have to adapt to the environment. To say that we can just stop with what we have I think is just laughing in the face of 100,000 years of our history.” 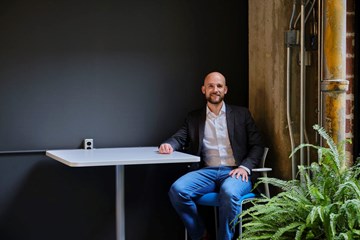 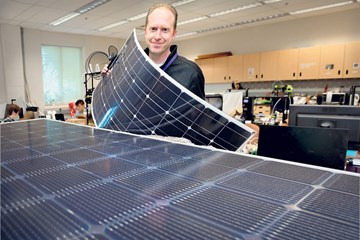 Solutions for a low-carbon future 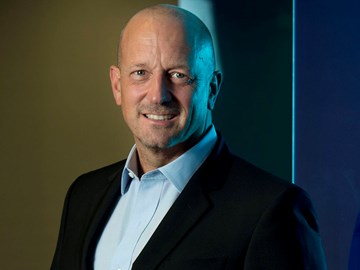 The new climate king: Lance Uggla is applying his golden touch to companies trying to save the planet