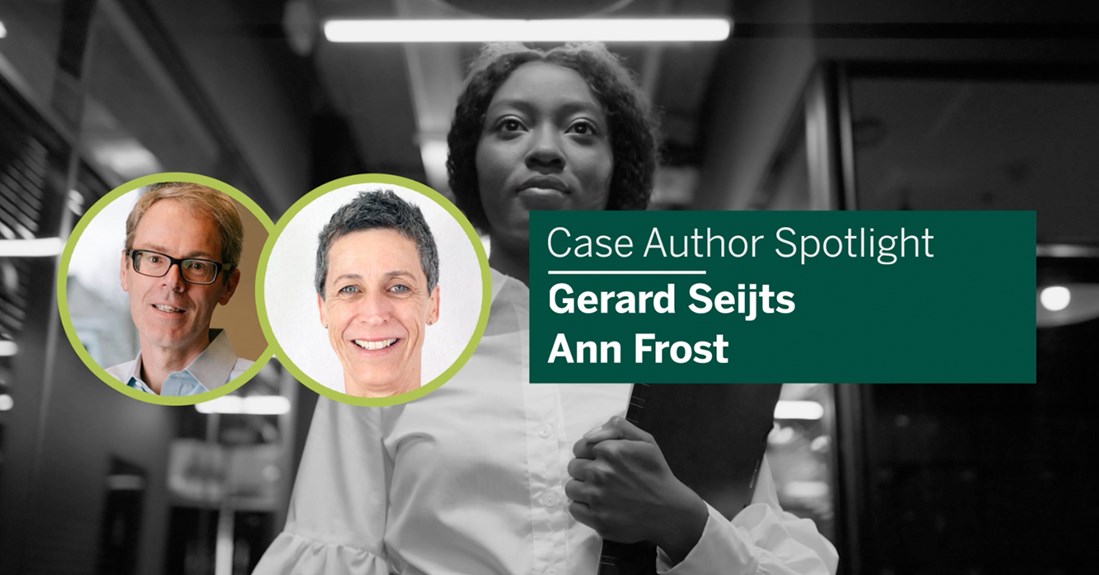 The 1960s was a time when racism and sexism prevailed, but, sadly, lessons from that period are as relevant as ever today. That’s why the Hidden Figures case from Gerard Seijts and Ann Frost is an important addition to Ivey’s curricula and will be taught at the upcoming Character and Candour Conference for HBA1 students on February 9. The case focuses on key lessons from the 2016 Oscar-nominated film, Hidden Figures, which is based on Margot Lee Shetterly’s book by the same name. Hidden Figures details the racism and sexism encountered by three African American women who were mathematicians working at the National Aeronautics and Space Administration’s (NASA) Virginia-based Langley Research Center in the 1960s. It also subtly depicts intersectionality.

“It’s set in the 1960s, but here we are in 2022 and a lot of these issues are still relevant. It’s about people not being recognized for the innate talents that they have because of what they look like or where they’ve come from. We still grapple with that today,” said Frost.

After watching six clips from the movie, students are asked to reflect on the biases at play, the role of allies, and the dimensions of leader character that can create and support an inclusive workplace culture.

“It’s focused on watching examples of good and bad behaviour so we can think about how we want to craft our own behaviours going forward,” said Frost. “The role of allies comes out in the film. People might think, I’m not a Black woman or I don’t manage a Black woman so it’s not relevant for me. But it applies to how you treat people in minority statuses of other types around you. How do you step up to support people who are not as privileged as you are?”

Seijts said the case discussion highlights the dimensions of leader character that are necessary to make a difference in the lives of people, organizations, and societies. He has already taught the case a few times and is pleased with how well it has been received. Seijts said the use of film clips helps to engage people and bring the issues to life.

“It takes something that is so subjective in the minds of people – character – and we see this in the behaviour of people. The meaning of character becomes crystal clear,” he said. “Sometimes people tear up during some of the clips. There are some very empowering moments in the clips that we use.”

The fact that the case is based on a real story makes its lessons that much more important and helps to propel people to take action.

“There is nothing theoretical about it. It has immediate application and relevance – actions people can take if they so desire,” said Seijts. “I’m heartened by how people can generalize some of those lessons to their own situations.”