In this ongoing series, we’ll profile Ivey’s faculty, giving you insights into their work and lives.

Whether working on a film or giving advice to entrepreneurs, Larry Plummer is often focused on the next act.

In fact, Plummer, Assistant Professor and MBA ’80 Fellow in Entrepreneurship at Ivey, said he gained an appreciation for the entrepreneurial experience while working as freelance production crew in documentary films. He now teaches entrepreneurship and researches ways that entrepreneurs can take their companies to the next level.

“Entrepreneurship and filmmaking are very similar. You are constantly pitching your ideas to other people, trying to explain what you can do, and looking for your next gig,” he said.

After his filmmaking days, he also worked as a communications manager for an international consulting firm. While helping owners of small- and medium-sized startups to sell their environmental technologies in Asia, Plummer said he realized he had an interest in public policy. He then went on to do his master’s degree in science and technology public policy at George Washington University and his PhD in strategy and entrepreneurship at the University of Colorado at Boulder. Thus began his next “act” as a professor and researcher.

Another past career also played a part in where he is today. Plummer spent ten years working as a docent (volunteer tour guide) for the Smithsonian Institution’s National Air and Space Museum, which is where he learned to teach.

The exposure to both teaching and entrepreneurs led Plummer to a new passion and career.

His other passion, flying, gave him his first exposure to London, Ontario. He said he recalls flying over London when traveling from New Hampshire to Wisconsin for the EAA AirVenture Oshkosh convention, an annual gathering for aviation enthusiasts.

So you could say it’s no surprise that he is where he is today.

Plummer said he is now looking forward to continuing his entrepreneurship research with a focus on Canada. His research looks at why companies start where they do and how those decisions affect how they perform.

“The Canadian entrepreneurial community will be a laboratory for my research,” he said. “It’s a good chance for me to learn how entrepreneurship is done in Canada. I’m curious to know how it’s similar and how it’s different from other countries.”

As director of the New Venture Project, Plummer will also be taking Ivey students through the process of developing and refining their business plans for the HBA and MBA new venture projects as part of the Ivey Field Project.

PREVIOUS CAREER: Plummer’s past careers may seem unrelated, but they all played a part in where he is today. He was a freelance documentary filmmaker for three years, which gave him some insight on the entrepreneurial experience. He shot for all the major U.S. networks, including ABC, NBC, CBS, USA, and HBO. During his 10-year stint as a docent for the Smithsonian Institution’s National Air and Space Museum, he learned to teach. He was also a communications manager for an international consulting firm, where he worked with U.S. entrepreneurial companies selling throughout Asia.

FINDINGS: Location is king when it comes to attracting investors because investors have geographically-focused areas of interest. In the U.S., entrepreneurial ventures in Boston, New York, and San Francisco’s Bay area receive more than three-quarters of total venture capital investment. There are similar findings for debt financing. Banks prefer to lend to companies that are located nearby because it’s easier for bank officials to monitor borrowers.

RELEVANCE: Learning what venture capitalists want might increase the chances of an entrepreneurial company attracting investors. Often entrepreneurs operate companies from remote areas, which is the opposite of what investors want, so their location tactics may need to change.

FUN FACT: Plummer’s filmmaking career took him on some adventures. While working as a production assistant for the filming of an episode of the old Unsolved Mysteries television series, which used a documentary format to profile real-life mysteries, Plummer was given the opportunity to play a dead body. The scene was shot in a real morgue in Rome, New York with the city’s real-life mortician doing the examination. Although Plummer was also given a speaking role in the episode, he said most people remember that he played a corpse.

His friend has nicknamed him NAFTA because he was born in Mexico, but is a U.S. citizen who is working in Canada. Plummer was born and raised in Mexico City until age seven and then later grew up in New Hampshire, where many of his family ancestors originate. He is planning to research his family’s Canadian heritage with the Loyalists. 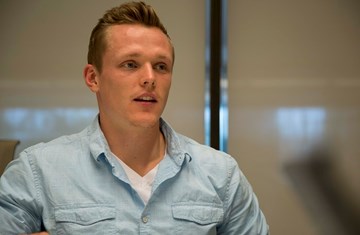 Jesse Gamble | Going for gold with an Ivey MBA 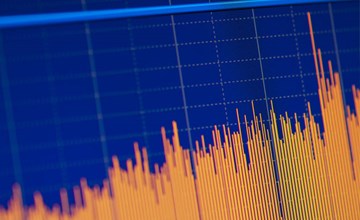 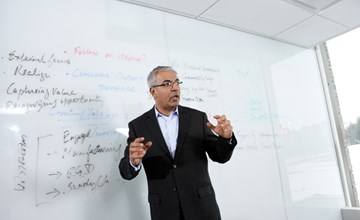