Eighty teams of HBA1 students, three rounds of presentations, and cake. A whole lot of cake.

This year marked the 20th anniversary of the Boston Consulting Group (BCG) Case Competition, a mandatory event for the HBA1 class and the first of four Learning Through Action events.

Students were divided into groups and worked through three different cases, with just four hours to prepare each one before they presented to a panel of faculty and BCG representative judges. Eight finalists, one group from each section, were chosen to present on Friday morning to their classmates and a panel of BCG executives.

From participant to judge 10 years later

“It was a great pressure-cooker to learn a lot of the foundational skills for business,” he said. “The BCG Case Competition was where I started to learn how to write slides and how to present. These are skills I use every day now.”

Eight BCG representatives joined Baker to judge the third round of presentations:

“Ivey’s a premier business school in Canada,” Baker said. “If you look around our office, there are a lot of Ivey grads walking around the halls. Part of our culture and part of who we are as a firm is Ivey. That’s prompted us to give back to the School.”

One down, three to go

Now that they’ve finished their first LTA event, HBA1s have a better understanding of what’s to come in the rest of the school year.

“This was very different than anything I’ve done before,” Jordan Sills, one of the students on the winning team, said. “There was immense pressure time wise – we only had four hours to complete each case. The experience was a rollercoaster ride.”

Bryn Davis, also on the winning team, said she learned that although good slides are important, it all comes down to the content.

“Content is more important than aesthetics,” she said. “A lot of time we focus on making things look pretty, but really the client wants content they can use and content that is smart.” 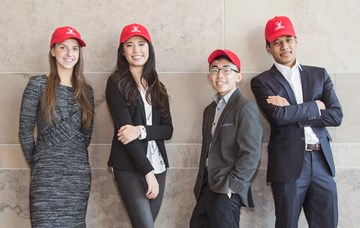 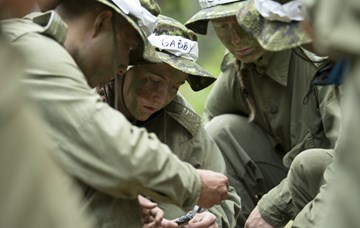 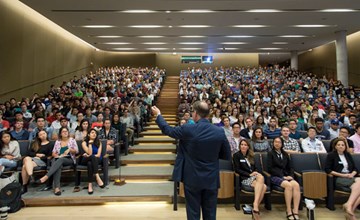