Ivey Professor June Cotte has been recognized in her field with two recent honours. She has been named an Editor Elect for the Journal of Consumer Research for the 2021-23 term, and will begin her duties in January 2021. She also assumed the role of President-Elect of the Association for Consumer Research (ACR) last month.

The Journal of Consumer Research, published by Oxford University Press, is one of the top journals in its field and covers all aspects of consumer behaviour, including psychology, marketing, sociology, economics, anthropology, and communications. As a Co-Editor, Cotte will be responsible for reviewing and deciding which academic papers should be accepted for publishing.

The ACR is the leading consumer research association in the field and brings together academia, industry, and government worldwide. Cotte will serve for a three-year term – first as President-Elect, then President, then Past President. As President-Elect, Cotte will appoint the chair(s) of the ACR’s North American Conference. She will also fill in for the President when needed, including acting as Chair of and presiding at all meetings of the Board of Directors and convening task forces.

Cotte said it has been a big year for her and she’s excited about both opportunities. She said she has wanted to run ACR since she was a doctoral student.

“The organization guides how the field runs. It mentors new scholars and it nurtures community amongst a group of really globally located scholars … We try to bring together all of these scholars and be really inclusive,” she said. “It is really exciting for me to be able to continue to build the community and build the case for why consumer research is so important in the world.”

The Journal of Consumer Research role was six months in the making. Cotte and her team focused their pitch on publishing research that matters. They also want to make the journal's research more accessible, via podcasts and shorter web articles.

“When we were competing, we used the New England Journal of Medicine as an example because most doctors will not publish in that journal – it’s very exclusive, as is our journal – and yet most doctors actually read the website. It’s kind of water cooler talk,” she said. "We don’t have that level of engagement yet and we really want to bring that up. We don't want to be researchers writing for other researchers; we want to be researchers writing for anybody interested in consumer research issues.”

Cotte spoke to us about some of the big issues ahead in her role as Co-Editor with the Journal of Consumer Research. These include:

Cotte is certainly qualified for the roles. She holds the Scott & Melissa Beattie Professorship in Marketing at Ivey and her research focuses on behavioural issues. She was Ivey’s Faculty Director of Research from 2015-19.

She has been an ACR member since 1995 and served a term on the Board as an At-Large Director. Cotte was a Co-Chair for the 2014 ACR Conference in Baltimore, as well as for the 2011 Asia-Pacific ACR Conference in Beijing. She also served as Associate Editor of the ACR’s For Managers content area on its website for several years.

Cotte is currently Chair of the American Marketing Association's Consumer Behaviour Special Interest Group (AMA CBSIG), a professional association for marketing professionals and, in 2019, Co-Chaired its first conference in Switzerland.

For the past five years, she has co-run the Designing a Career in the Marketing Academy initiative, which supports young female marketing scholars. 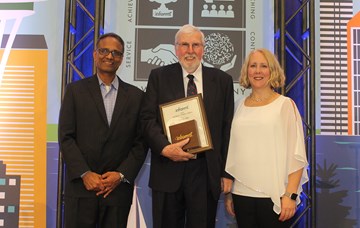 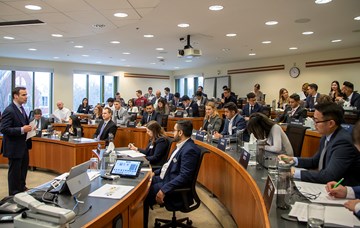 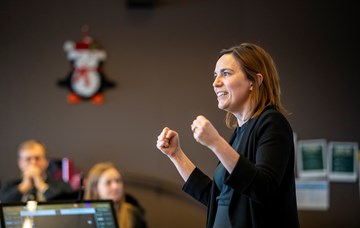 Talking a new kind of business