It wasn’t just a coincidence that siblings Kelsey Ramsden, MBA ’04, and Trent Kitsch, MBA ’07, became entrepreneurs. Entrepreneurship runs in the family. Their grandfather founded the first taxi company in Kelowna, B.C., their mother started a basket business and cleaning company, and their father ran his own construction business. Ramsden said the household was wired for entrepreneurship.

Ramsden is Chief Operating Officer of Mind Cure Health Inc.  and a part-time lecturer in Entrepreneurship at Ivey. She was twice named Canada’s Top Female Entrepreneur by PROFIT and Chatelaine. Kitsch currently runs Kitsch Wines with his wife, Ria, and is the founder of men’s underwear brand, SAXX, and DOJA Cannabis Company. They discussed how family role models, education, and partnerships were factors in their success. Here are some key takeaways.

Entrepreneurship in the family was the source of the roof over their heads and the discussion at the dinner table so Ramsden said it isn’t surprising that she and her brother followed suit.

“We come from a line of independent thinkers and opportunity seekers,” she said. “The people who taught us – it seemed like that was the only thing people did in our world.”

She credits her mom for teaching her “street smarts,” such as how to connect with people and to see an opportunity, and her father for showing her how to build a great team.

Kitsch and Ramsden also recalled pitching in with the family businesses when they were younger to earn their allowance.

Their parents also taught them the importance of getting a formal education. Their father had obtained an MBA and inspired them to do the same. Kitsch said his education at Ivey helped him to develop his business acumen and his startup idea. He came up with the idea for SAXX Underwear® while at Ivey and evolved it thanks to advice from the Entrepreneurship faculty and their networks.

“SAXX would have never created itself, let alone as quickly as it did, without having the benefit of all the experts working on the SAXX business plan when it was just an idea,” he said. “The New Venture project and the Ivey case study method with the IBK Capital - Ivey Business Plan Competition (now called the Ivey Business Plan Competition) at the end of the year was the perfect triangle to really help a student formulate an idea and get something ready in eight months.”

In fact, a producer from CBC Television’s Dragons’ Den saw Kitsch present at the IBK Capital - Ivey Business Plan Competition and encouraged him to pitch on the show. Although Kitsch didn’t score a deal on Dragons’ Den, Saxx earned the season’s viewer’s choice award, which paved the way for further expansion into the swimwear and shorts markets.

Ramsden and Kitsch also discussed the value of bringing in partners with complementary expertise, skills, and experience. But Ramsden said it’s important to only partner with people you trust, and to not take on a partner because you’re feeling desperate.

“I always think that business moves at the speed of trust,” she said. “A partnership is a bit like a catapult or a leapfrog for business … If you can bring a partner on who totally gets you and you get them and you can move further, faster, it’s a dream machine.”

And although the global pandemic has created challenges for businesses, Ramsden said there are opportunities for entrepreneurs to create products and services that meet new needs.

“Any time the market has so much uncertainty, that’s when there's so much opportunity. When no one really knows what’s going on, that’s when I think the entrepreneurs show up and do well because we operate in uncertainty. That’s like regular waters for us,” she said. “In uncertain times like this, I would say there's tremendous opportunity if you're willing to just see the world in a different and new way.” 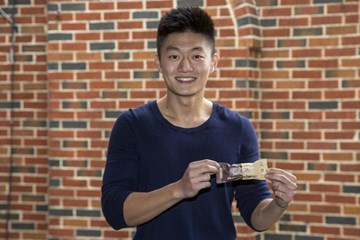 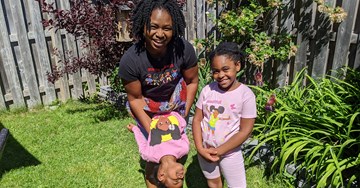 Kimberlee West shares how she built a brand that celebrates diversity 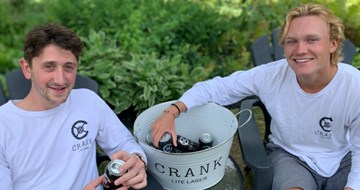