Since 2013, in his role at the Weston Group of Companies, Rashid has helped all the businesses in the group to develop their current and future senior talent. An important part of that work has included diversity and inclusion, culture-building, and mentorship. The Weston Group is Canada’s largest private employer with more than 200,000 employees and $50 billion in revenues, consisting of well-known consumer businesses such as Loblaw, Shoppers Drug Mart, Joe Fresh, President’s Choice Financial, and Weston Foods as well as Choice Properties, which is Canada’s largest REIT. Rashid is also a member of Ivey’s Ian O. Ihnatowycz Institute’s Leadership Council.

Rashid was a panellist at the recent HBA Leadership Day presented by the Ihnatowycz Institute and told students it is important for leaders to embrace the power and value of people’s differences and to enable it in the people around them.

“You need to recognize that difference in perspective, rather than conformity, is a great source of progress. But to unleash and enable that difference, we have to advocate. We see around us, constantly, we see situations at an individual level, at a systemic level, at a structural level, where there are barriers in place that lead to the terribly disappointing outcomes that we're seeing. And it's our job as leaders to have the courage and persistence to advocate in big ways and small ways, publicly and privately, for individuals or groups,” he said.

Including Rashid, there are 19 members total with broad representation from various stakeholder groups, including alumni, faculty, staff, and students. Read about all Ivey EDI Advisory Council members here.

“I would like to thank all members of our EDI Advisory Council, and all who came forward for nomination. It takes courage to raise your hand, and I am humbled by the overwhelming support for this important work,” said Dean, Sharon Hodgson. “It is critical that we address issues of discrimination, sexism, racism, and inequality head-on. I am emboldened and confident this important work will make a difference.” 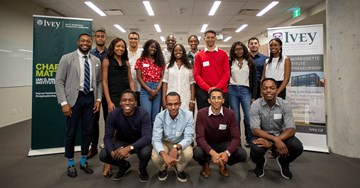 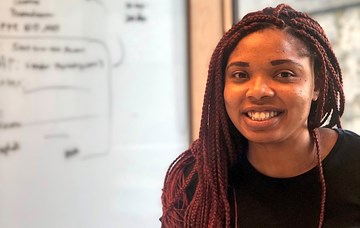 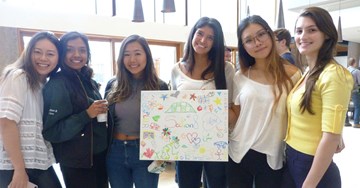