Canada could become a world-leader in tackling rising inequality, economic upheaval of climate change, and new technologies of the fourth industrial revolution. The COVID-19 crisis has prompted a greater emphasis on social values, such as resiliency, dynamism and fairness, but without a clear roadmap from policy-makers, the private sector cannot do the necessary heavy-lifting, say two former governors of the Bank of Canada.

“We’ve got to be ambitious; we have to pick a route,” said Mark Carney, former governor of the Bank of Canada, as well as more recently the governor of the Bank of England. “Society [should be] setting values… dealing with climate change and digital revolution that benefits all, and then the market [can] organize itself to deliver that.”

Yet government must set the framework more concisely than it has to nurture these changes much like it has in the past with other largescale projects, he added.

Carney spoke earlier this month as part of a virtual panel discussion co-hosted by Ivey Business School’s Centre for Building Sustainable Value and Lawrence National Centre for Policy and Management.

Called Path to Sustainable Prosperity: Translating Value(s) into Action, it also featured former Bank of Canada governor Stephen Poloz and Andy Chisholm, MBA ’85, who sits on the board of directors of Royal Bank of Canada and is also a member of Canada’s Expert Panel on Sustainable Finance. Ivey’s Dean, Sharon Hodgson, navigated the discussion through four fulsome segments touching on the importance of values, current events (COVID-19 and Budget 2021), Canada’s net-zero transition, and building Canada’s competitive advantage.

The speakers noted a need for dramatic shifts in values, such as resiliency and equity, in the private sector to move toward a low-carbon economy and leverage the emerging technologies of the fourth industrial revolution, such as machine learning and artificial intelligence.

Yet thus far, policy-making has largely been piecemeal despite lofty goals like the federal government’s recent pledge to cut emissions by more than 40 per cent below 2005 levels by 2030, and for net zero emissions by 2050.

“When the (recent federal) budget has so many initiatives in it that it's over 700 pages long, to me, that demonstrates … a lack of focus,” said Poloz, current Lawrence National Centre Advisory Council Chair – one of the nation’s leading economic think tanks.

He noted while the federal government’s plans for a national child-care program and supporting green infrastructure projects are positive steps, these initiatives are only pieces of a larger puzzle.

Already, Canada has seen the impact of growing inequality, in part a product of the fourth industrial revolution. Like the previous revolutions – steam power in the 1800s, mass production in the early 20th century, and the computer age in the late 20th century – the fourth presents both opportunity and the risk of increasing inequality.

That inequity, he added, has been laid bare by COVID-19 with, for example, new technologies allowing white-collar employees to work from home while low-income workers and those in manufacturing have faced more risk and economic stress.

“The pandemic is almost the natural disaster of the first order (and) is absolutely tragic in its effects.”

Still Poloz adds the COVID-19 crisis has also demonstrated our ability to move meaningfully to meet challenges quickly. The trouble, however, is the recovery has been K-shaped with only some Canadians faring well and others being left behind. What’s more, the deepening of the fourth industrial revolution along with the green energy transition may only intensify the negative side effects of the recovery, Poloz said.

“Those two major forces could see people … falling into the bottom part of the K” permanently.

Chisholm said the public sector has a role in helping the private sector move toward using new technologies to make the energy transition while ensuring prosperity is widespread.

“The public purse is only so big, and the private sector has a huge role to play in addressing a number of issues, most notably climate change.”

Fighting it will require an estimated $50 trillion in global investment, he added.

“Not only does the government not have all that money, but they probably won't make the best decisions if it were all left to them.”

Carney – who recently published a book on this subject, Value(s): Building a Better World for All – further noted the biggest risk of this transition is leaving many Canadians behind.

“There are 600,000 people in the energy sector, principally in Western Canada,” he said, adding these are high-paying jobs that could be phased out during the transition. “So we're not just looking at replacing any jobs, but replacing … good, high-paying jobs.”

That’s where government – federal and provincial – must step up skills training strategies and tax incentives to help not just all industries but carbon intensive ones like oil and gas that will still be part of a low-carbon economy for several years to come.

Programs must focus on helping the private sector develop and commercialize innovations like blue hydrogen, a potential by-product of carbon capture technologies that reduce the carbon footprint of oil and gas production.

Carney noted the challenges are complex, but the original growth of the oil sands is actually an example of how government can work with the private sector to spur technological innovation, research, and investment to build a new industry that is a global leader.

“We need to figure out what paths are available to us,” he said. Yet “our green ambitions” must to be reconciled “with our economy’s carbon backbone,” meaning the current energy industry is still a significant component of the economy.

Still overall, he added a low-carbon economy is looming and ensuring its evolution is equitable requires more cooperation between the federal and provincial governments to develop not just more comprehensive policy. Policy-makers must move more quickly and decisively than in the past.

“The market organizes itself to deliver if we're clear about where we want it to go,” Carney added.

“If we do those things right, provide that supportive environment, then I think we'll all be surprised at how quickly we get there, and how effectively we get there.” 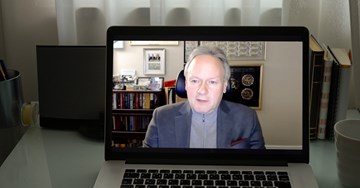 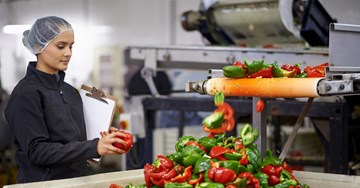 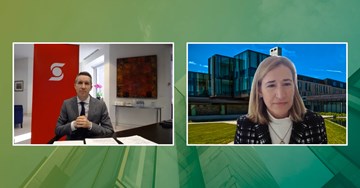