When Mathieu Ruffe moved to Canada from Paris, France in 2018, he experienced a challenging integration process. So when he arrived at Ivey last spring to do his MBA, he sought ways to make the process of integrating with his classmates easier and provide support for those in his cohort who are new to Canada.

As a self-identifying Black student, he wanted to create a Black Students’ Association at Ivey to help build his network.

“Having lived through that struggle as a newcomer, coming to Canada and trying to find a new job, I know how difficult it can be. I feel having people with similar backgrounds that you can connect with is really helpful,” he said.

His classmate, Katie Lo, had worked on Equity, Diversity, and Inclusion initiatives with her previous employer and was eager to bring her insight and experience in that area to Ivey’s MBA program.

Together, Ruffe and Lo, both MBA ’22 candidates, lead the new Ivey MBA BIPOC Club, which takes Ruffe’s initial idea for a Black Students’ Association and broadens it to include all individuals who identify as Black, Indigenous, and People of Colour (BIPOC). The name was chosen by the MBA students to reflect both the diversity in the class and the importance of diversity at Ivey. The club advocates for underrepresented groups, creates a safe space for conversation, and provides a supportive environment to bring meaningful impact. Ruffe is President and Lo is Vice-President of the club and two other MBA students, Priyanka Chowdhury and Tega Ojevwedje, are also involved in club initiatives.

Lo brings a different lens to the BIPOC Club. She was born in Canada, but is of Chinese heritage, and wanted to bring awareness that there are different ways to represent a minority group in this space. Her goal with the club is to bring together those from minority groups to discuss ways to navigate, both personally and professionally.

“Being able to encourage those connections and bring that cohesion to the class – that’s what bonded Mathieu and I and that was our shared vision for the year,” she said.

Since its launch in April, the club has featured MBA students who are minority group members or allies on Instagram and via a new podcast series. It has also hosted two events:

Next steps include hosting another panel event in 2022 featuring different speakers and professions with the objective to provide tools to help students from visible minorities navigate their early career stage post-MBA. In March 2022, the club will start its first transition to the incoming MBA cohort. Ruffe and Lo will remain active with the club to share their perspective as alumni and said they hope other Ivey alumni will also get involved.

Creating a legacy at Ivey

“We want to make this a legacy club that alumni can also be part of so that we have alumni looking back and helping out, and current students helping other current or prospective students,” said Lo. “We’d like to give back to people who don’t see a lot of representation of their group in the program through initiatives such as career management coffee chats or meetings with prospective students.”

Ruffe and Lo serve as Student Ambassadors to share their insights on the Ivey MBA experience with prospective students. Ruffe said prospective students have already expressed an interest in the club. And while he said he sees potential for it to grow into something more for the various minority groups within, he is pleased with its progress so far.

“There is always more to do, and we want to do more, but we are satisfied with how it turned out in this inaugural year. We’ve had good turnout at events and received a lot of positive feedback,” he said. “The interest in the club shows it was something that was needed at Ivey and there is space for it in the program.” 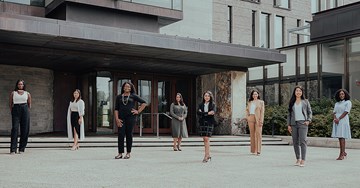 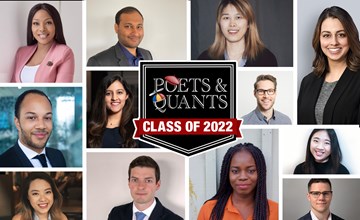 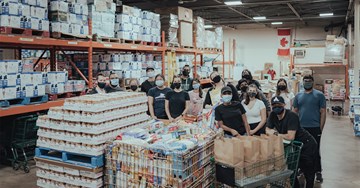 MBA students give back to the community for Social Impact Day