Successful Black Canadian business leader Wes Hall says, ever since the American Civil War, there have been head-fake moments for the Black community.

In 1865, when the Civil War ended, Black slaves were set free, but their freedom was limited.

In the ’60s, the civil rights movement called for equal rights for Black Americans, yet equality never came.

And in May 2020, yet another unarmed Black man, George Floyd, was murdered by a police officer during an arrest.

But this time, Hall says change is coming.

Shortly after Floyd’s death, Hall founded the Canadian Council of Business Leaders Against Anti-Black Systemic Racism and the BlackNorth Initiative, which challenges companies to remove anti-Black systemic barriers. Already corporate leaders from more than 500 companies have pledged to policies and specific targets to eradicate racism.

“The reason why I’m so optimistic this time around is … we're not going to leave it to the politicians and others and say, ‘You solve this problem,’ because clearly since 1865, when the Civil War ended, they just didn't do it,” he said. “So let's just figure out how we can do it as business leaders.”

For the final instalment in the Ian O. Ihnatowycz Institute for Leadership’s LeaderShift webinar series, A Conversation with Wes Hall: “Racism is our Pandemic,” Hall, Executive Chairman and Founder of Kingsdale Advisors, discussed the momentum towards eradicating discrimination, racism, and inequality; the actionable steps that workplaces can implement; and the role of leader character in making meaningful change. The discussion was moderated by Jeannine Pereira, HBA '95, Director, Talent Development, EY Canada.

Watch the video of the presentation (above).

Similarly to COVID-19, Hall said it will take leaders working collectively to end what he calls the “racism pandemic.”

“We all had to make really significant sacrifices to deal with COVID-19,” he said. “So when we look at this pandemic of racism, let's just try to solve it together. Let's share best practices with each other … We're going to make sure that we get as many people as possible to solve it in our own businesses.”

And just like leaders focused attention on COVID-19 hotspots, Hall said the hotspots of the racism pandemic are the underserved Black and Indigenous communities.

“Our society is better for it, if we look at the most vulnerable among us and try to make things better for them,” he said.

Already the approach is working. Among other things, the BlackNorth Initiative’s successes include:

“There has been a sea of change in less than a year. Now we have to keep this momentum going,” he said.

Racism is a reality

Despite rising from humble beginnings to being one of Canada’s most influential business leaders, Hall told of his many experiences with racism. One was when he was mistaken for a valet when he pulled up to a hotel in his Ferrari. Another was when he was asked for directions while standing near his courtside seats at a Toronto Raptors game because people assumed he worked for the stadium. But Hall said he was also fortunate enough to meet people who were willing to give him career opportunities and help him to develop. These were his mentors.

“I just want to encourage business leaders to go back to that time when you believed in people, and… you gave them that opportunity to show that they can do just as well as anybody else,” he said. “We're not asking you to take things away from people who have it, just give us some fairness so [the BIPOC community] can actually start running the race and eventually we'll catch up. Give us a job, pay us a fair wage, give us an opportunity because we deserve it, and let us do the rest. Don’t put obstacles in the way.”

The power of inclusive leadership

Lived experiences, like Hall’s experiences with poverty and racism, help to develop your values and view of the world. Hall encouraged business leaders to strive for more diversity in their organizations because it will ultimately bring new perspectives and ideas and make their firms stronger. A case in point: a business Hall bought five years ago was losing money, but once he increased diversity at every level, it was valued 50 times higher.

Hall called for business leaders to see who’s missing at the table and then to consider if there are systematic barriers that prevent them from being there. It could be that you only hire people who had P&L (Profit and Loss) responsibility, or you require board members to have previous CEO or board experience. It might also be that you have preconceived ideas.

“There are all these different things that we have to examine in order for us to determine if there are systemic barriers, intentional or otherwise, in our organization [that are] preventing people of colour and Blacks to be a part of our organization,” he said. “And you have to go deep in your organization because if you can't build a pipeline, you're not going to be able to have those people going into the C-suite because they're getting weeded out.”

And it’s not enough to hire one person from an equity-deserving group. That person – what Hall calls “an only”— will feel pressure to blaze a trail. He should know. Hall has repeatedly been “an only,” most recently as the first Black Canadian Dragon on CBC’s Dragons’ Den.

“Never just hire one person because that's tokenism. Don't hire two because it creates competition … If you have three, you have a collective. You have people who can be themselves when they walk into the room. They don't feel like they have to prove anything to anyone,” he said. “That's what we all want when we hire people. We want them to be authentic because that's how you think outside the box.”

The importance of leader character

It takes courage for business leaders to assert their commitment to diversity and inclusion in the workplace and the community. They need to be resilient and confident to make the tough calls – the calls for fairness. Leaders who have humanity, empathy, and compassion for others are the ones who value people for their differences and give them a chance to succeed. Hall said the BlackNorth Initiative is a means to hold leaders accountable to create the change that’s needed. If COVID-19 has taught us anything, it’s our ability to pivot.

“COVID taught us how to be good leaders, but it also exposed weak leadership as well … We can learn from COVID by making sure that the things that we saw that we didn't like, we change them for good,” he said. “If we would like to have an inclusive organization, we now just have to keep the momentum going.” 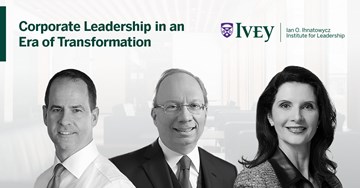 Has the pandemic inspired leaders to build back better? 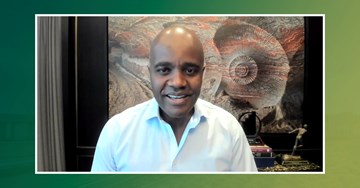 Use leadership to address systemic racism: Character and Candour Conference 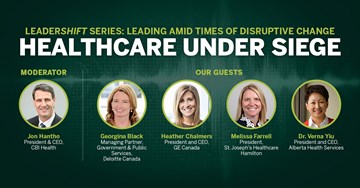