Evan Michaelson, an HBA/Engineering ’24 candidate, and Dylan Dufort, an EMBA ’22 candidate, grew up knowledgeable about their Indigenous roots. In contrast, Justin Alexander, an MSc ’23 candidate, recently began a personal journey to learn more about the Indigenous culture that is part of his family background.

All three are Ivey’s 2021-2022 Indigenous award recipients and are doing their part to raise awareness of Indigenous issues or help Indigenous communities. Below they discuss what the awards mean to them.

As a Métis/Cree student, Evan Michaelson has long advocated for Indigenous rights and spearheaded initiatives to teach others about Indigenous knowledge and culture. That’s why it’s fitting that he received the Rise Award in Resilient Leadership for Indigenous Students, which recognizes community leadership and academic achievement.

Among other things, the London, Ont. resident was on the Thames Valley District School Board’s First Nations, Métis, and Inuit (FNMI) student leadership council and was co-president of his high school’s FNMI student club. More recently at Western University, he tutored Indigenous students and was Environmental Projects Coordinator for the Indigenous Students' Association.

In particular, he said he’s conscious of his white-passing privilege and recognizes his responsibilities to the community.

“I think one of the most important things I can do is use the privilege I have to elevate other Indigenous voices,” he said.

One important opportunity to address Indigenous issues came while participating in Western’s Head and Heart Indigenous Research Fellowship where he learned from Indigenous scholars about Indigenous research methodologies. Michaelson worked on a project that identified cultural sensitivities that might negatively impact Indigenous people’s experience at a particular hospital and proposed initiatives to address them.

Bringing Indigenous learners into the classroom is another way to increase awareness of Indigenous knowledge and ways of being and Michaelson said the Ivey awards help toward that goal. Now interning with KPMG as an ESG Consultant, he has participated in events to educate secondary students on what educational supports are available.

“I think there’s a need for this type of support for Indigenous youth, especially to give us the opportunity to be in these spaces, and I’m really glad these awards are available,” said Michaelson. “Funding education is always a challenge and the awards made it possible for me to get the education I’m getting right now. It would have been difficult for me to pursue the dual-degree program that I’m in without funding like this made available.”

Michaelson has an interest in sustainable technology and hopes to work in the sustainability space where he can apply the Indigenous approach to sustainability to make a lasting impact on future generations.

Growing up in Saint Boniface, Man., which has the largest population of Indigenous and Métis people in North America, Dylan Dufort, who is Métis, saw firsthand the gap in education and training between Indigenous and non-Indigenous people.

While obtaining a diploma in natural resources from University College of the North, he lived in northern Manitoba near the Opaskwayak Cree Nation Indian reserve, where he witnessed how the digital divide impacts Indigenous communities.

“There are a lot of remote, northern communities where Indigenous people live that don’t have access to Internet at all or to good Internet. Right now, technology is at the forefront of how people’s skills are evolving and changing and I feel like Indigenous people are falling behind by not being able to access the same skills and training that a lot of Canadians get,” said Dufort. “Where I lived, I saw a stark contrast that not a lot of people in Canada have had the opportunity to experience.”

After graduating from University College of the North, Dufort was a City of Winnipeg firefighter for 14 years. During that time, he started building and scaling businesses and eventually resigned from the fire department to pursue that passion.

He joined the Ivey EMBA program to get a formal business education through real-world cases while applying the learnings to his private equity firm, Dufort Group of Companies.

Dufort said he is grateful for the opportunities he has had to get an education, particularly with support from the Indigenous award, and is working on initiatives to make education and training programs more accessible to Indigenous people living in remote northern communities.

In addition to actively hiring and training Indigenous and Métis people at his company, Dufort is working on a social project to make technology and training more available in northern Manitoba.

“I have a responsibility as somebody who has achieved professional success and has lived in Manitoba all my life to bridge the gap, not only through work and education, but through general acceptance,” he said.

Justin Alexander knows how difficult it can be to pay for an education. While doing an undergraduate degree in Engineering at Western University, he worked multiple jobs to make ends meet. He was raised in Winnipeg in a home where he received little financial support and then moved out on his own at age 17.

“You have to work extra hard and that puts pressure on you. If you’re already a marginalized person and you have all this extra pressure and you’re going to a school where you’re watching people breeze by, it can eat at you,” he said.

Alexander is grateful to receive financial support through the awards so he can focus on his studies.

“It definitely takes the weight off a bit. Having this support lets me sleep at night instead of having to work at a job,” he said. “Your ambitions and dreams should not be limited by a price tag. The awards are evidence that people want you to achieve more.”

Encouraging diversity in the classroom

In addition to easing the financial burden, Alexander said the awards signal that Ivey is trying to make its programs accessible to students with diverse backgrounds, which he appreciates. He has experienced the benefits of learning with a diverse group of colleagues since the students in the MSc international business program come from many different countries.

But Alexander himself has difficulty sharing his background since he knows little about it and hasn’t had much contact with his parents. Although his mother is Indigenous, she was raised by a white family and had no exposure to Indigenous culture.

It wasn’t until Alexander joined the Canadian Army Reserve in 2019 that he learned about Indigenous culture through Grey Wolf, a six-week summer program for Indigenous people that combines military training with Indigenous cultural awareness.

“The program was really helpful because it has been hard for me to learn about Indigenous culture,” he said. “I’ve always felt caught in between. I don’t feel like I fit in with [non-Indigenous] Canadians because I’m Indigenous, but I also know little about that background.”

Through the MSc program, Alexander will later pursue a dual-degree with the Norwegian School of Economics where he’ll study natural resources, the environment, and sustainability. He said he hopes to eventually work in a field where he can apply what he has learned to help marginalized communities.

A journey of success 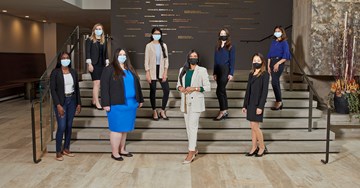 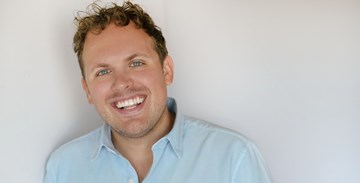 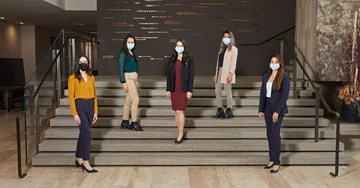 Ivey’s Lean In Canada scholarship recipients on pursuing an MBA