Before Gerard Seijts of the Ian O. Ihnatowycz Institute for Leadership introduced Andrew Fastow as Enron’s last CFO, he reminded the crowd that Enron was FORTUNE Magazine’s Most Innovative Company in Corporate America for six consecutive years. As the audience was HBA1 students, most of us were only four years old in 2001. Enron was before our time. Its legacy has become attached to its stark downfall, rather than its business prowess in energy and commodities. With a series of inventive off-balance sheet reporting that explored and exploited accounting loopholes, Enron went from the top of the Fortune 500 to bankruptcy in four short months. For these transactions, Fastow owns two mementos: a CFO of the Year trophy and a prison ID.

Fastow started the session by sharing his personal cell phone number so students could ask him questions. Immediately, he was bombarded by messages:

“Did you short the VIX?”

Unfazed, Fastow asserted that at this point in his life, having served a six-year prison sentence, there was little we could do to embarrass or insult him.

Ethical dilemmas are not always black and white

With the disclaimer that he was not attempting to minimize, make excuse, or pass blame for his behaviour, Fastow set out to sensitize the audience to his thought process in the year 2000 via what Ivey students do best: analyze case studies. Fastow said a lot of business schools teach ethics with black and white cases, so he decided to write his own, focusing on ethics in the grey area. He defined these transactions as technically legal but misleading.

Fastow gave us three cases. For each, he spent a few minutes explaining the situation, and asked if the actions of the company were ethical. In all three cases, there was an unequivocal sentiment that the companies were behaving unethically.

Next, Fastow reasoned to the audience that it was not fair that he gave us the cases without the accounting and legal rules governing each situation. Returning to each case, he revealed more information that left the audience with a better idea of the bigger picture.

When he asked us whether we thought these actions were unethical, the number of hands raised drastically decreased. It was clear. We had conflated the definitions of rules and principles.

“Welcome to my world,” Fastow said.

Fastow urged us to always look for more information. Contextualize the problem. It was resounding advice for a group of students that has grown comfortable with Case-Method Learning. Data is messy in the real world. The choices will not appear on the last page of a booklet, separated neatly into buckets of right and wrong.

Today, Enron serves as a cautionary tale: the obvious importance of ethics in business. However, in his speech, Fastow stressed that it is dangerous to regard business ethics as obvious.

The challenge is to do the right thing

Rationalization is often easy and instinctual. In practice, rarely are we provided the choice between a discernible right and wrong. However, ethics and rules are not interchangeable. It is, therefore, our responsibility as future business leaders to be responsible for and conscious of our own agency. It is easy to do the legal thing. It is much harder to do the right thing.

Fastow ended his speech with a simple but powerful call to action:

“Set a reminder on your phone every year, even every quarter, with just two questions: One, am I following the rules? Two, is this the right to do?” 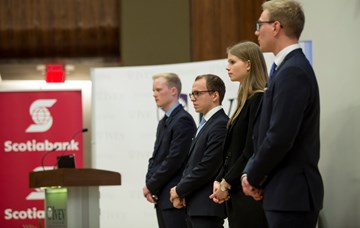 A case competition with an international perspective 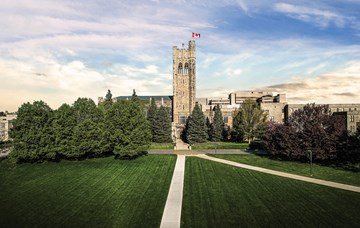 Outside the gates: Ivey gives back to London community 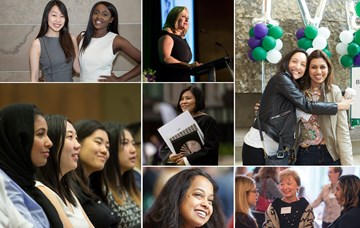